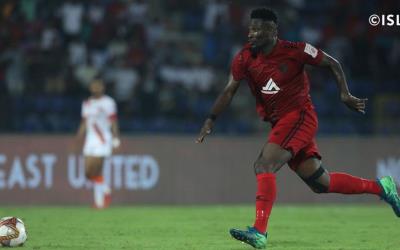 NorthEast United were rocked by another injury blow against league leaders ATK on Sunday in the Indian Super League on Sunday as Asamoah Gyan was forced off in the first half.

The 34-year-old striker was taken off in the 9th minute of the game after picking up a knock as his side suffered their first defeat after the visitors  thrashed them 3-0.

Gyan will undergo further test to ascertain the severity of the injury picked.

The former Sunderland and Al Ain ace has been one of the standout players since joining the club, scoring three goal and registering one assist in six league matches so far this season.