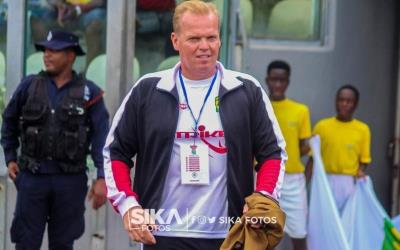 According to reports in the local media, the Norwegian gaffer was no where to be found in Ivory Coast since Monday November 4 after the Porcupine Warriors crashed out of the Caf Confederation Cup and it is alleged that he is with his family in Ivory Coast.

After Asante Kotoko officially lodged a complaint to the police and immigration service of Cote D'Ivoire, the coach has not shown any sign of his whereabout.

However, the agent of the coach Charles Kodjo has reportedly communicated to officials of the club that Zachariassen will be in Kumasi on Thursday to finalise his stay with Asante Kotoko.

Kotoko failed to progress to the group stages of Caf second-tier competition after losing 2-1 on aggregate to San Pedro.