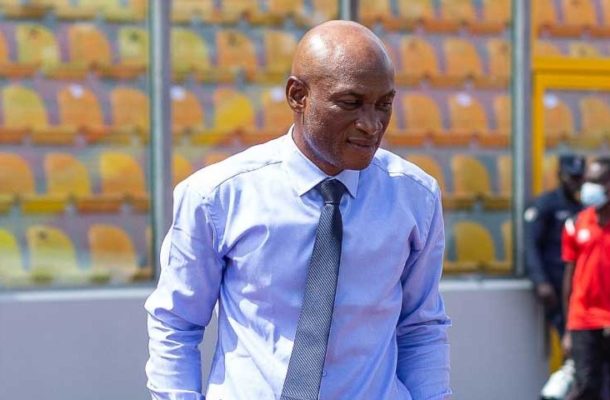 Asante Kotoko head coach Prosper Nartey has confessed to having "mixed feelings" after beating WAFA 1-0 on match week 27 of the Ghana Premier League on Saturday.

The league leaders extended their lead at the top of the table to 55 points with seven matches left to play at the RedBull Arena in Sogakope - also condemning WAFA into the relegation battle as they lie 17th, three points below safety while other clubs have a game in hand.

Coach Narteh was the head coach of WAFA last season and guided them to a third place finish before taking up the Kotoko job prior to the start of the 2021/22 season.

“I’m happy we’ve won and again if you look at the defeat, it is gradually sending the team who made who I am in Ghana and in coaching down the relegation zone so the feeling is mixed," he said after the game.

“I’m happy because we’re coming from the backdrop of two losses- RTU and Legon Cities – but then if you look at them too, they are in relegation zone so playing in such matches sometimes the feeling is not all that complete because you helping them down and normally it is not the best.

“But as a professional and people who know me well know that when it is business, it is business. After that we can go into the personal relationship,” he added.