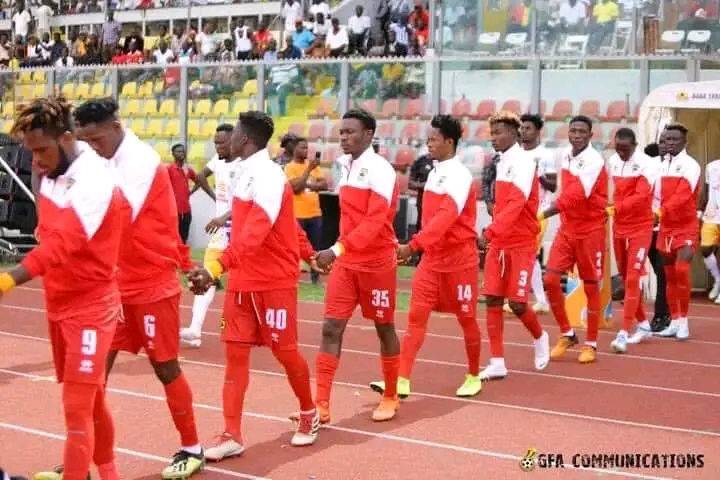 After picking up three victories, one loss in Bechem, and a 1-1 draw against their fiercest rivals Accra Hearts of Oak SC in five games, the Porcupine Warriors are searching for their fourth victory of the campaign.

Kotoko will be taking on a Medeama squad that has lost its previous two games in the Ghana Premier League, including recent defeats to Accra Great Olympics FC and Aduana Stars at home.

Midfielder Justice Blay starts against the Yellow and Mauves this encounter. Richard Boadu wears the captain's armband for the Porcupine Warriors.

Below is the squad: 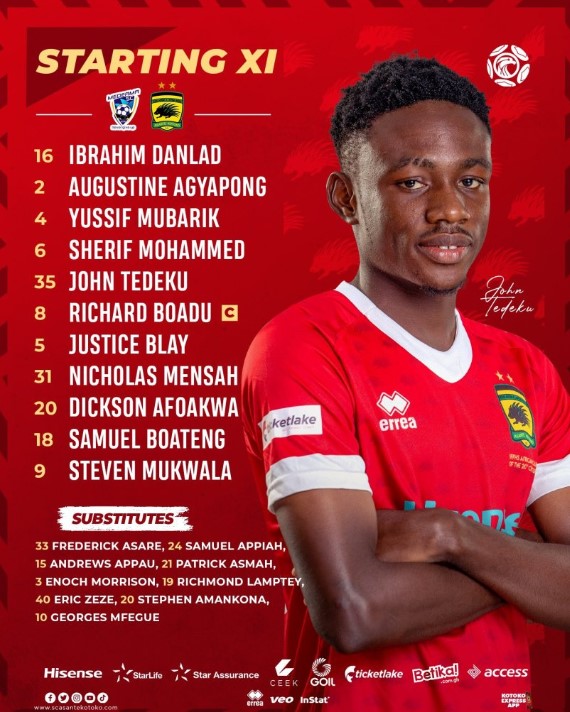