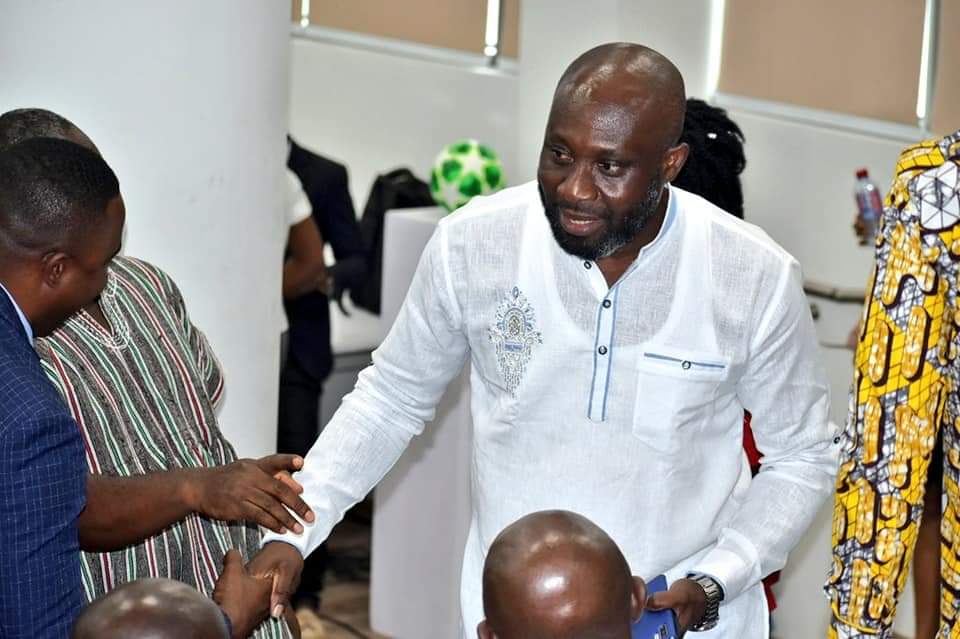 The porcupine warriors will vote for George Afriyie in the upcoming elections of the Ghana Football Association presidency, according to club chief, George Amoako.

The CEO of Division one side, Okyeman Planners unveiled his road map titled redemption, revival and restoration of the Ghana Football Association in the Bono regional capital, Sunyani last Saturday.

According to the Chief Executive Officer of Kotoko, the astute football administrator has convinced beyond reasonable doubt that he's gotten what it takes to lead the association to its promised land with his manifesto.

Amoako said "We [Kotoko representatives] have been to any of the manifesto launch of the various presidential hopefuls. We have heard a whole lot about their policies with their manifestos, but George Afriyie's own stands tall amongst his competitors,"

"And we don't endorse a candidate for endorsing sake. I George Amoako has been given the mandate to endorse the candidature of George Afriyie,"

He continued: " So, we (Asante Kotoko) have endorsed George Afriyie and that will be same in the elections having been convinced by his policies with his manifesto."

"The club have given me the mandate to endorse George Afriyie. And for that matter, his vote is with us."