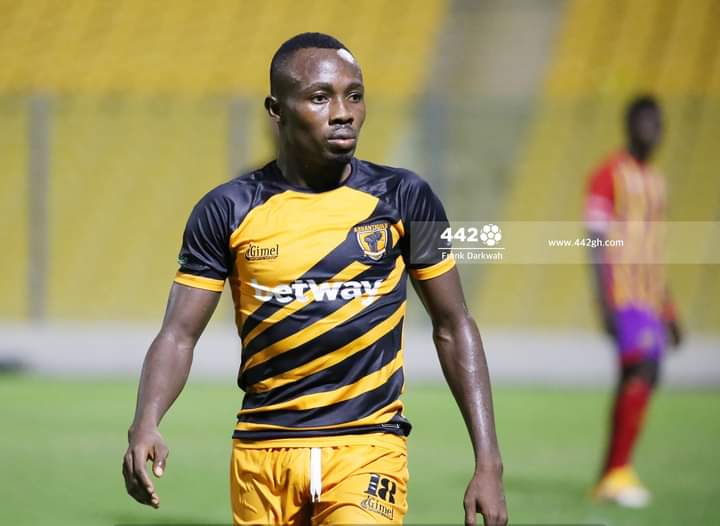 Asante Kotoko have expressed interest in signing David Abagna Sandan from AshantiGold SC, according to GHANAsoccernet.com.

The 23-year-old was one of the standout players for the Miners in the 2020/21 Ghana Premier League where he scored nine goals and provided five assists in 30 matches.

He also scored two goals for Ashgold en route to the final which they lost on penalties to league champions, Hearts of Oak.

The Porcupine Warriors are looking to beef up their squad ahead of the upcoming season and are determined to complete the signing of Abagna before the new season commences.

The Black Meteors midfielder was a key cog for Wa All-Stars when they won the league in 2016 as he scored 10 goals that season.

Abagna has recently been training with the Black Stars B.