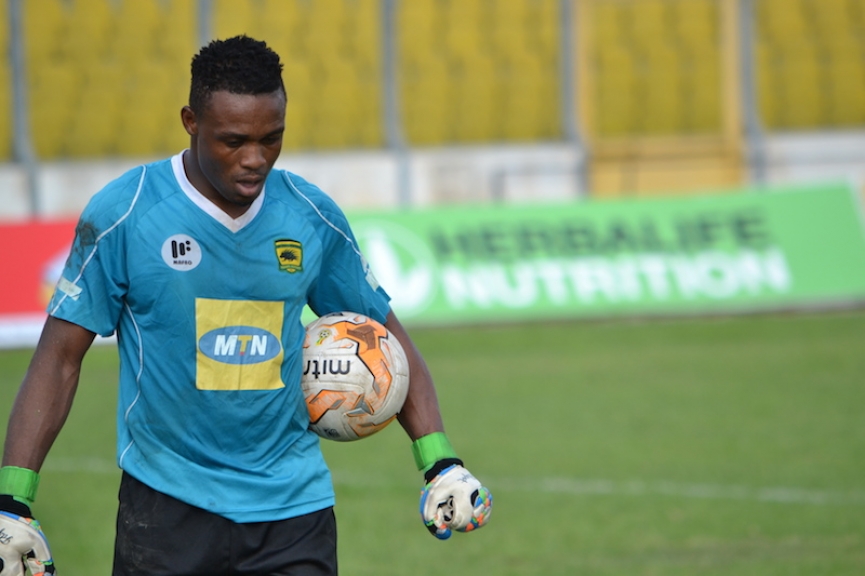 Asante Kotoko goalkeeper Ernest Sowah has been ruled out of the first round of the Ghana Premier League with an ankle injury.

The former Berekum Chelsea goalie has been out for some time after he sustained injury on ankle in the build up to the club’s week six game against Bolga All Stars.

According to Kotoko Express publication on Tuesday, the 29-year-old will be out of their next games in the first round of the ongoing campaign.

However, newly appointed coach Frimpong will hope the agile shot stopper would make a swift recovery to the first team.

Felix Annan has taken over the first spot since his absence and has not conceded any goal in their last four matches.

The Porcupine Warriors will travel to Wa All Stars on match day xx on Sunday.