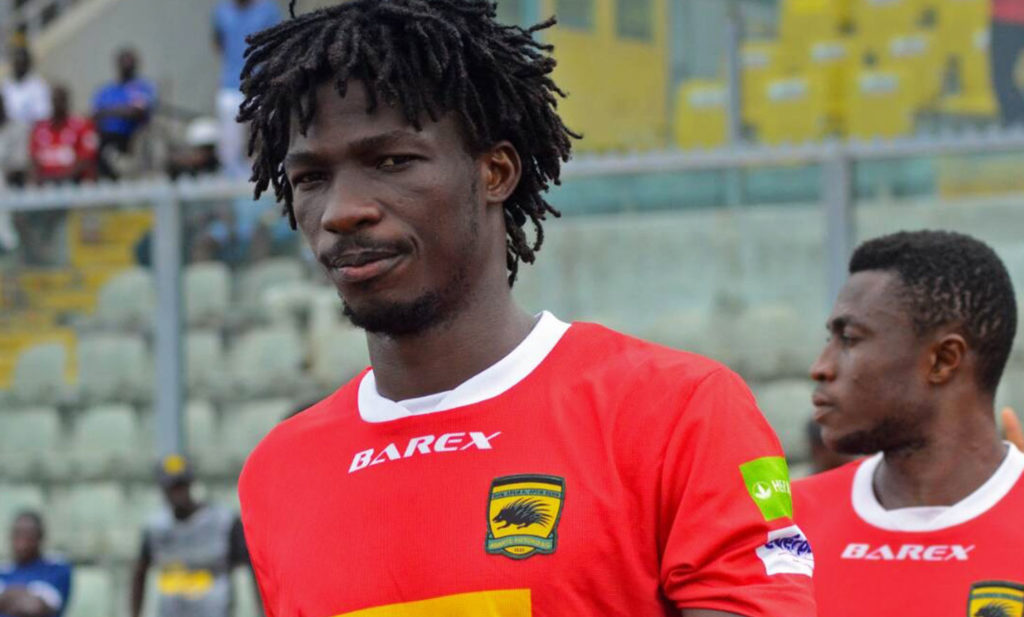 The Burkinabe forward was very impressive in his few outings for the Porcupine Warriors in the truncated 2017/18 Ghana Premier League season and some friendly matches scoring incredible goals under watchful eyes of coach Paa Kwesi Fabin.

However, Yacouba has failed to score in three consecutive outings under new coach C.K Akunnor and this has got the support base of the team and the media talking.

Since joining Kotoko, Yacouba has played under two coaches and many supporters believe that former gaffer, Paa Kwesi Fabin was able to get the best out of the forward than the current manager, Charles Kwablan Akunnor.

But Frimpong, who is a former player and coach of the club claims that Yacouba is now facing tougher and quality opponents than he used to face previously.

The 26-year-old failed to score in his maiden appearance in the Caf Confederation Cup against Kariobangi Sharks of Kenya in both legs. He again failed to find the back of the net against AshantiGold in the JAK Anniversary Cup which was played on Sunday.

Kotoko will travel to Cameroon to face Coton Sports Garoua in the final play-off of the Caf Confederation Cup on Sunday as they look to qualify to the group stage of the competition for the first time since 2008.