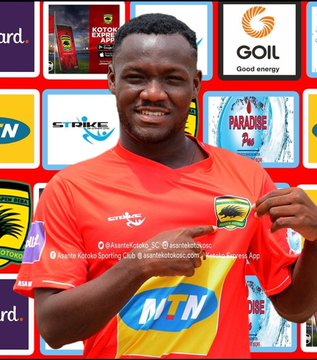 Asante Kotoko midfielder, Emmanuel Sarkodie will miss the rest of the 2020/21 Ghana Premier League season due to injury.

Sarkodie suffered an injury at the training grounds ahead of their  MTN FA Cup tie with Asokwa Deportivo at Adoko Jachie and will sit out for the rest f the campaign.

Head coach Mariano Barreto confirmed in an interview with the club's official website that the former Nkoranza Warriors kingpin will be out of action for several weeks.

"Sarkodie, unfortunately, will be out for the rest of the season”, Mariano Barreto told the club's official website.

“He is out with a knee injury which occurred here in training and the doctors are working to ascertain the degree of it. But, what is assured is that he will not play any more part this season," he added.

Sarkodie made 15 appearances with two assists to his credit in the Ghana Premier League and the 2020/22 CAF Confederation Cup.