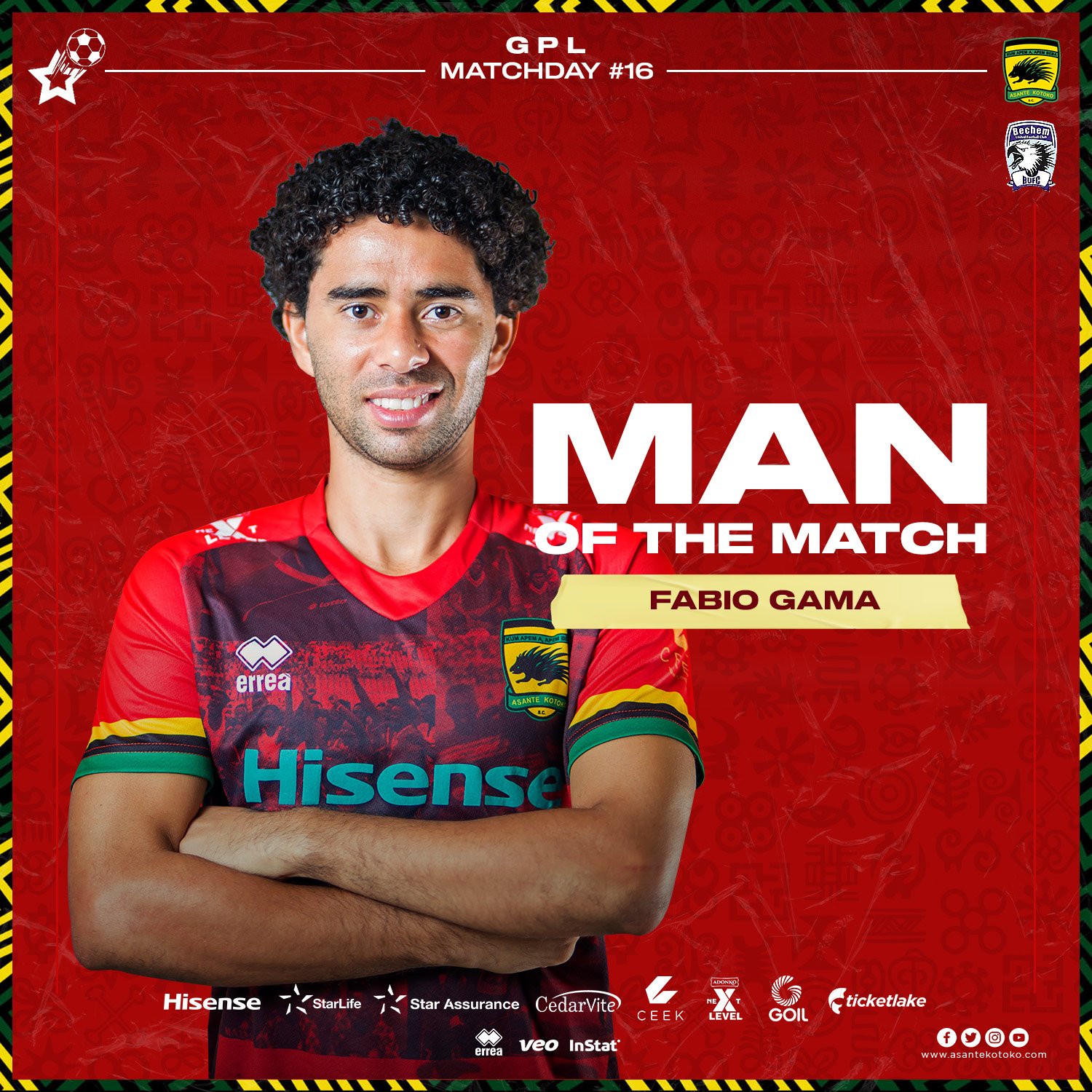 Asante Kotoko’s attacking midfielder, Fabio Gama dos Santos has been named Man of the Match for his outstanding performance for the team in the 4-0 win against Bechem United.

The Brazilian started for his team today when they hosted the opponent at the Obuasi Len Clay Sports Stadium to clear an outstanding match in the ongoing 2020/2021 Ghanaian top-flight league campaign.

Following a bright start to the match on the afternoon, Asante Kotoko had the lead after just 13 minutes of play.

Brazilian midfielder Fabio Gama set up defender Abdul Ismail Ganiu who riffled an unstoppable shot into the back of the Bechem United net.

Later in the first half, Fabio Gama registered his name on the scoresheet to double the lead for the home team before the break.

In a game that Kotoko won 4-0 at the end of the 90 minutes, the Brazilian is named the MVP after standing out with his performance.

On the matchday, youngster Andy Kumi Francis and new signing Michael Vinicius netted the other goals for Asante Kotoko.