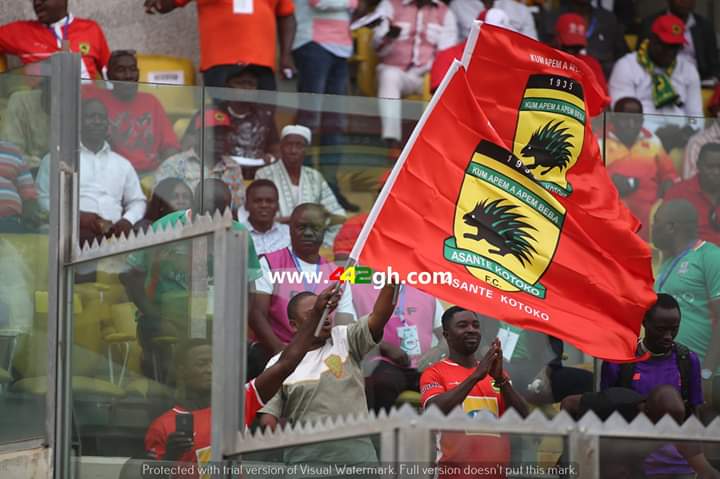 The National Circles Council (NCC) of Asante Kotoko has threatened to hold a demonstration against the Ghana Football Association following the decision to charge Emmanuel Gyamfi for misconduct in their matchday 29 game against Inter Allies.

The deputy captain for the Porcupine Warriors was captured on camera stamping Andy Okpe in an off the ball incident.

Gymafi appeared to have lost his cool in the 65th minute of the game and stamped the feet of his opponent although Okpe was not in possession of the ball.

However, the Public Relations Officer for the NCC, Alexander Osei Owusu in an interview revealed that they will hold a demonstration and boycott the league should they fail to rescind their decision.

He also stressed that it is a calculated attempt to help Hearts of Oak to win the 20202/21 Ghana Premier League.

“This is a calculated attempt by the FA only to favour Hearts Of Oak and distract Kotoko from winning the league," he told Kumasi FM.

"We will soon issue a statement calling on the Presidency of Ghana to know that the May 9th disaster could occur once again and we will force on our management to boycott the league if they insist on punishing Gyamfi without dealing with other offenders," he added.

Gyamfi has until close of work Friday to respond to the charge, after which he will know his fate.

The Porcupine Warriors beat the Capelli Boys 3-1 to go level on points with league leaders Hearts of Oak on Monday at the Theatre of Dreams at Dawu.

Meanwhile, Hearts of Oak and Kotoko face off on June 27 at the Accra Sports Stadium.