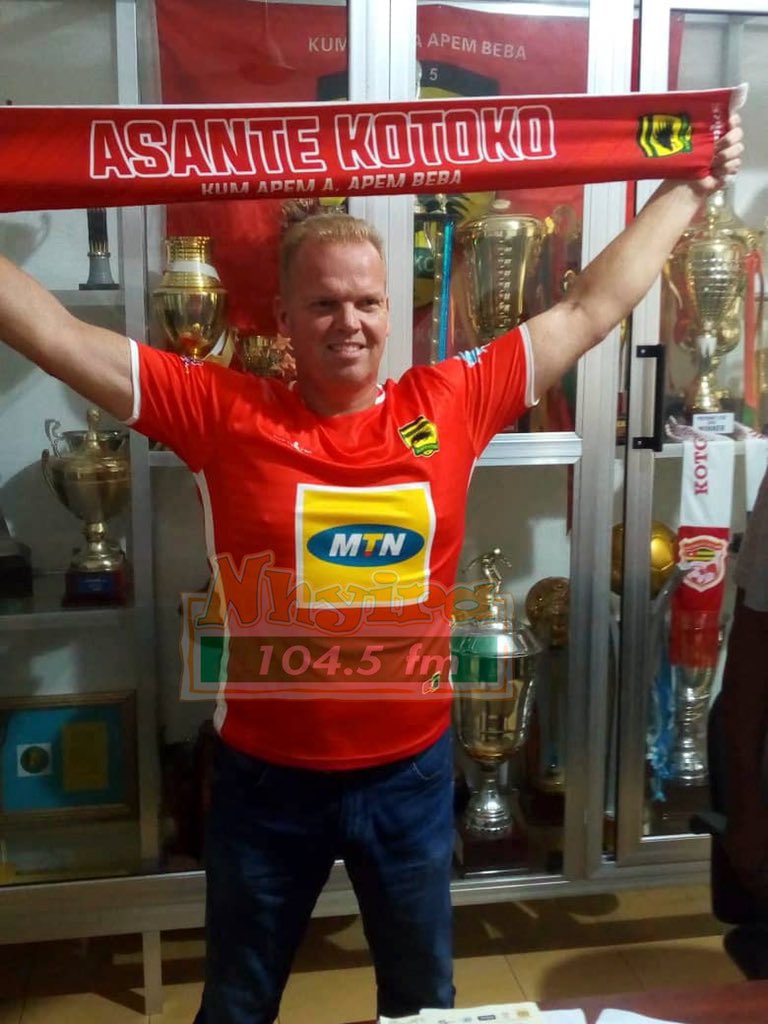 Asante Kotoko new coach Kjetil Zachariassen will begin work at the Ghana Premier League giants on Monday after joining them on Saturday on a three-year deal.

The Norwegian trainer joined the Kumasi-based club as a replacement for Coach Charles Kwablan Akonnor who was relieved from his duties as the club's head coach and elevated to the role of a Technical Director.

Players including the newly-signed players will be presented to the coach at the Adako Jachie training complex.

Before joining Kotoko, he was the head coach of their regional rivals AshantiGold where he helped them to qualify to the CAF Confederation Cup after winning the GFA Normalization Committee Special Competition tier-1.

He has been tasked by the club to guide them to the CAF Champions League.