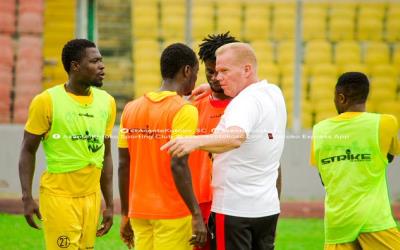 Kumasi Asante Kotoko is set to part ways with head coach Kjetil Zachariassen for coaching without a Certificate.

The Norwegian tactician who took over the porcupine warriors barely six months has been under attacks recently after he failed to qualify the team to the group stages of the CAF champions league.

The 50-year-old, coached Stella Club d'adjame in ivory Coast and Asante Gold sc before moving to Asante Kotoko, it is believed the top hierarchy of the club is not happy with his performance and wants to end his contract because he has no certificate.