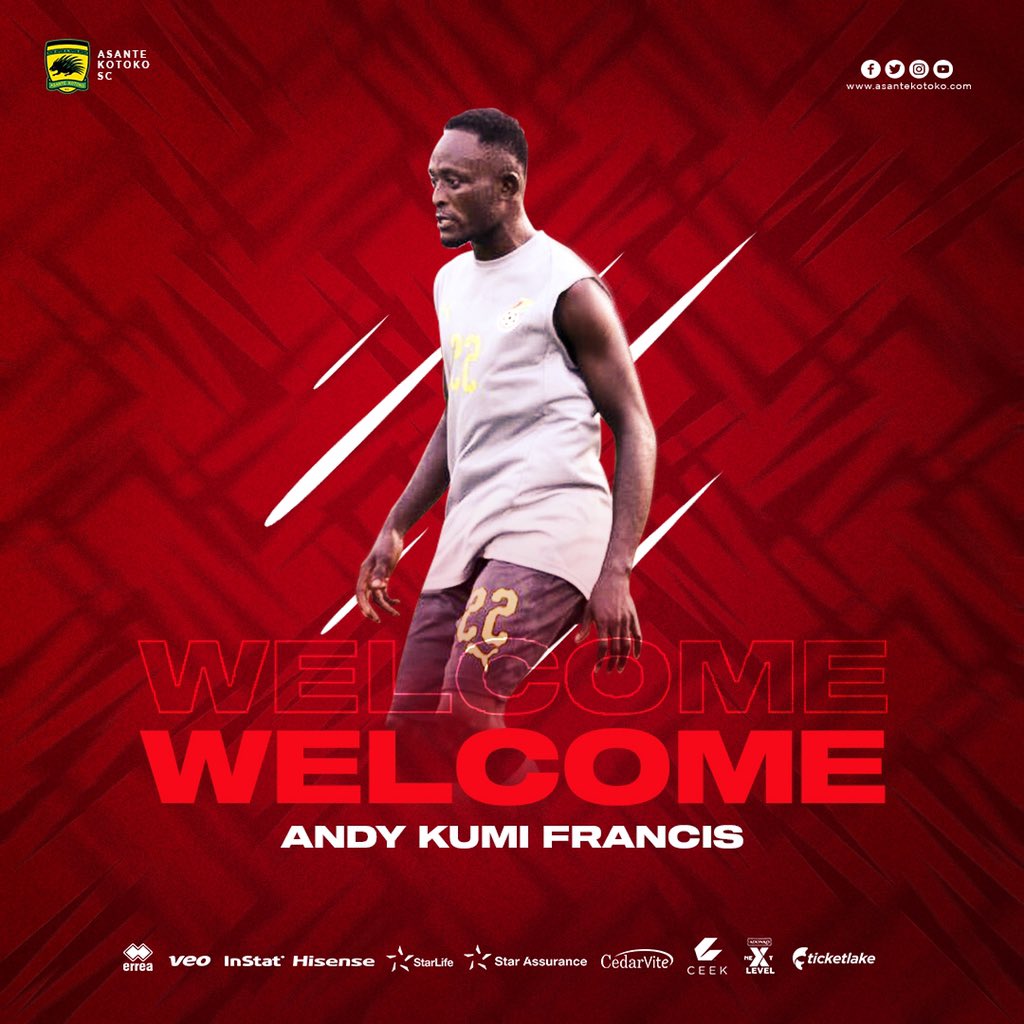 The team has enjoyed a good campaign in the 2020/2021 Ghanaian top-flight league so far and has a good chance of challenging for the league title at the end of the campaign.

Looking to add depth to the squad of the team after losing the services of top scorer Kwame Opoku, the club has today announced the acquisition of attacker Andy Kumi Francis.

“Andy Kumi Francis is a Porcupine Warrior. The sensational forward who earned a recent call up to the Black Stars joins us from lower-tier side Unistar Soccer Academy on a four-and-a-half-year deal,” Asante Kotoko announced on Thursday.

The attacker has excelled in the Division One League this season and will be expected to help solve Asante Kotoko’s goal-scoring deficiency in the second round of the Premier League.

The sensational forward who earned a recent call up to the Blackstars joins us from lower tier side Unistar Soccer Academy on a four-and-a-half year deal 📝#AKSC #AndyKumiFrancis pic.twitter.com/X4jbzY1Zbu