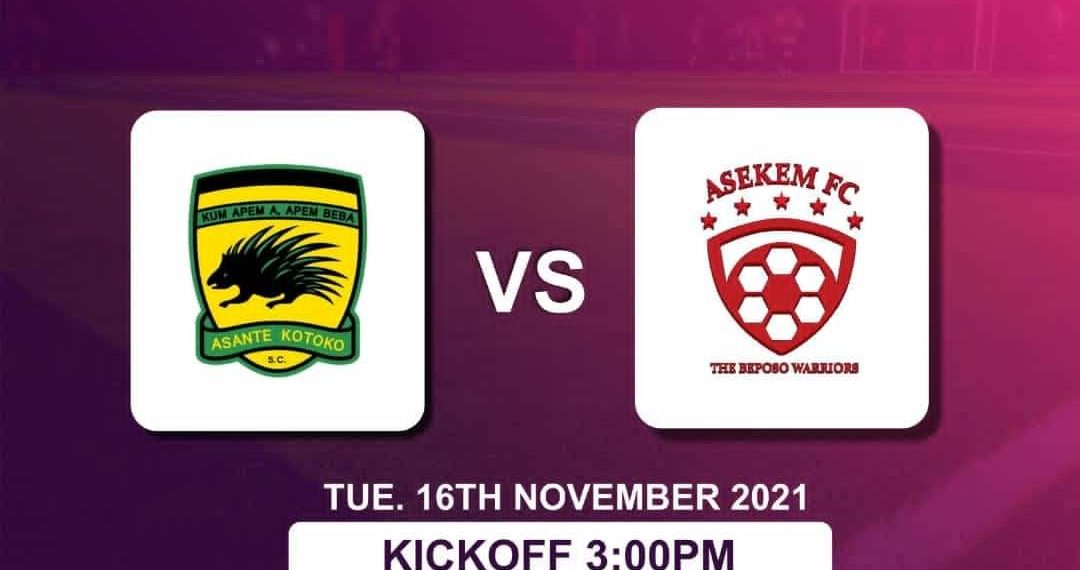 Asante Kotoko will take on lower-tier side Asekem FC in a friendly on Tuesday 16th November 2021 at the Adako Jachie.

The friendly serves as part of preparation ahead of their match week four encounter against Eleven Wonders in the ongoing Ghana Premier League at the Baba Yara Stadium.

Prosper Narteh's side has made a blistering start to the season with three wins from their opening three games.

Kotoko opened their league campaign with a 3-1 win over Dreams FC before beating Bechem United 2-0 at the Baba Yara Stadium in their second game.

The Reds secured a slim 1-0 win over newly-promoted side Bibiani Gold Stars at the Dun Park last Friday to go top of the embryonic Premier League table with nine points, six points above defending champions Hearts of Oak.