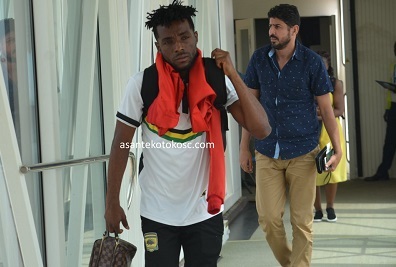 The Porcupine Warriors have been slapped with yet another penalty, as the Ghana Football Association's Players and Coaches Status Committee has ordered the club to pay a massive sum to its former winger.

During his time with the Kumasi-based club, the 25-year-old took the club to the Players and Coaches Status Committee to seek justice for unpaid signing-on payments.

After his two-year contract with Asante Kotoko ended before to the start of the 2020/21 Ghana Premier League season, Baakoh refused to extend his contract with the club.

After Kwame Bonsu, he is the second former Asante Kotoko player to win against the Ghanaian giants this week.

The Ghana Football Association's Players and Coaches Status Committee has previously ordered Asante Kotoko to pay Bonsu $30,861 for an unpaid contractual agreement on his move to Esperance de Tunis.