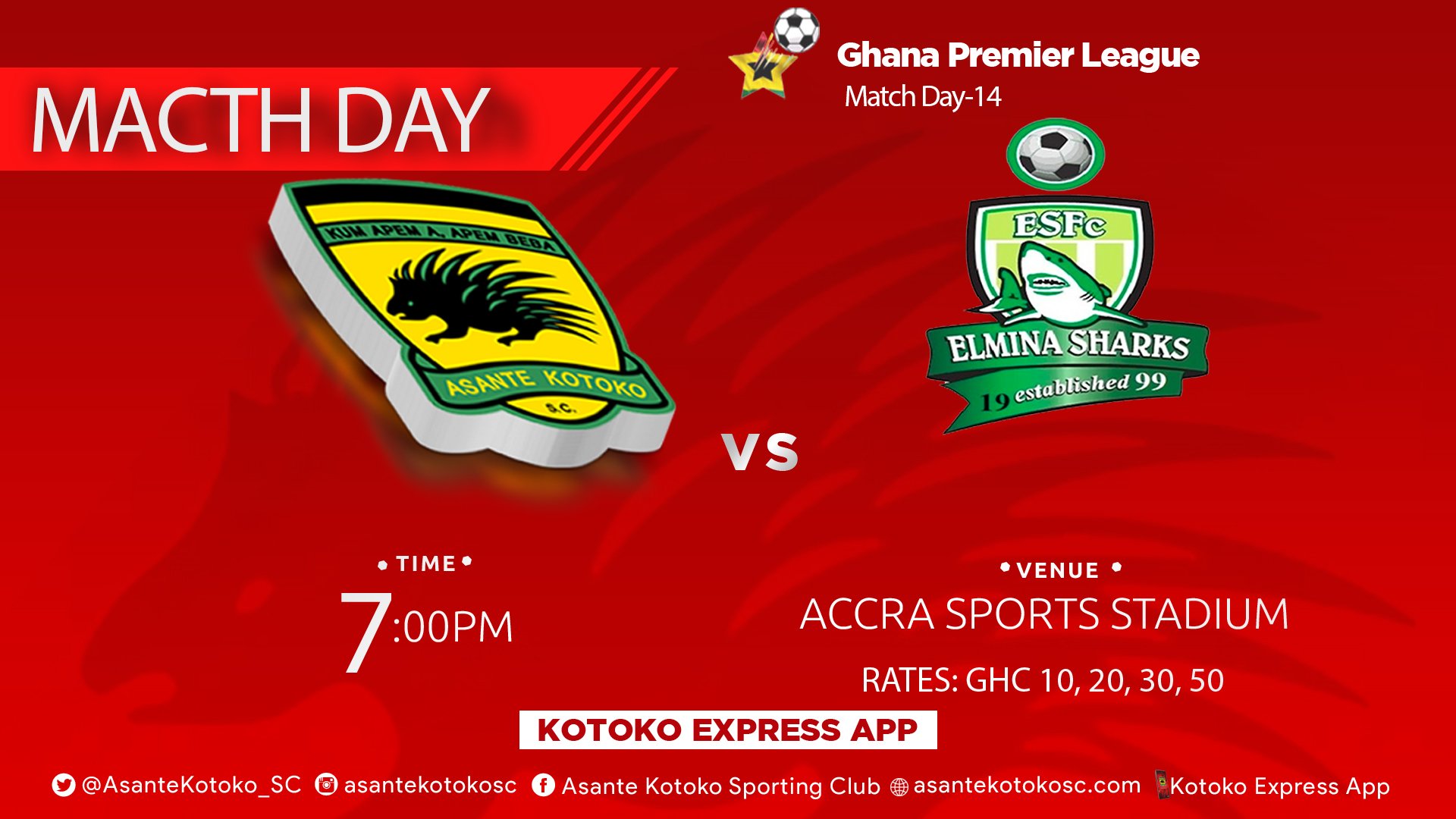 Kumasi Asante Kotoko will lock horns with Elmina Sharks this evening in the Ghana Premier League to honour a date on Match Week 14 of the 2019/2020 ongoing season.

The highly-anticipated fixture will be played under floodlight and will see two clubs enjoying a good run of form coming up against each other.

With just an hour to kick-off, managers of both sides have come out with strong first eleven that will start the game.

For Kotoko coach Maxwell Konadu, he has named goalkeeper Kwame Baah in post and with a back four that has Habib Mohammed and Agyemang Badu as the center pair. Justice Blay maintains his midfield role while striker William Opoku Mensah leads the lines.

On the other hand, Elmina Sharks coach Yaw Acheampong has dropped his top striker Bernard Benjamin Boateng to the bench as he starts Benjamin Tweneboah upfront. Benjamin Artur has also come in to take the place of Isaac Donkor in midfield.

Check out the starting elevens of both teams in the posts below.

Coach Yaw Acheampong makes one change to the starting XI that played our previous game.#BenjaminArthur returns to the squad after his suspension in place of #IsaacDonkor. #FearsomeSharks#GPLwk14 pic.twitter.com/3dU0CSGps2