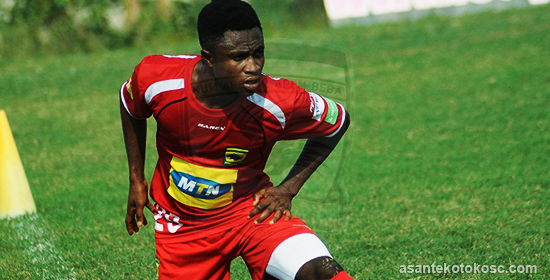 Asante Kotoko winger Emmanuel Gyamfi has fired a strong warning to Inter Allies ahead of their Ghana Premier League game.

Inter Allies will play host to the Porcupine Warriors in a week 22 game at the Elwak Stadium on Wednesday.

Kotoko have been on fine form with their back to back wins going into the game.

For Gyamfi, they are in the form of their life and Inter Allies can't be a hindrance.

“We know what is ahead of us so we won’t waste time on the Medeama victory. We’ve to quickly plan for Wednesday’s game against Inter Allies. It’s an important match. We must win to keep the confidence that the supporters have in us” Gyamfi told Asantekotokosc.com

“I want to assure our fans that, we will not disappoint them. They’ve to put behind them our past defeats to Hearts and Olympics in Accra. They should come massively so that together we can triumph over Inter Allies” he said.

Kotoko are third on the league table with 35 points with nine matches to close this season's league.