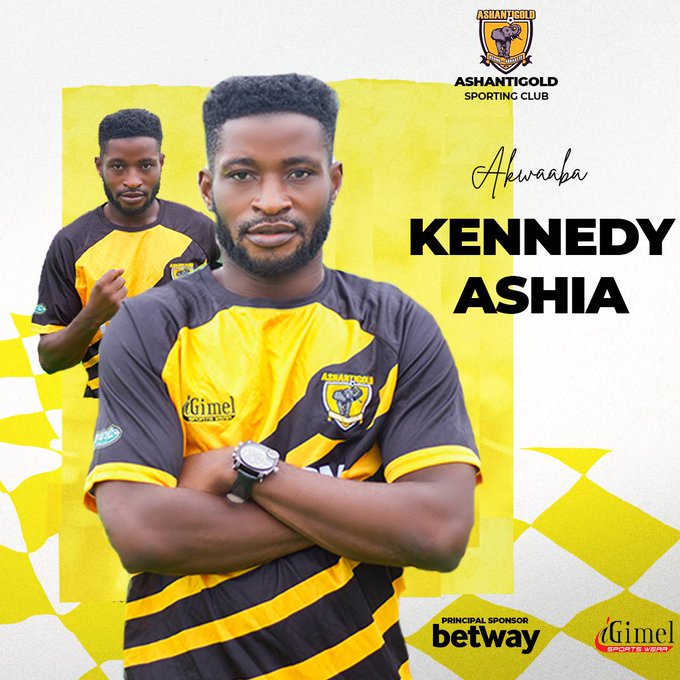 Ashia joins the Miners on a two-year deal after successful negotiations.

'''The former Liberty Professionals,  SK Brann, Al Hilal, and Welwalo University Adigrat player joins us on a 2-year deal,'' the club posted on their Twitter handle.

The 26-year-old becomes the club's 5th signing ahead of the 2021/22 Ghana Premier League which commences on Friday, October 29.

Joseph Amoah has moved to the Obuasi-based side on a three-year deal as well as attacking midfielder John Josiah Andoh from Berekum Chelsea.