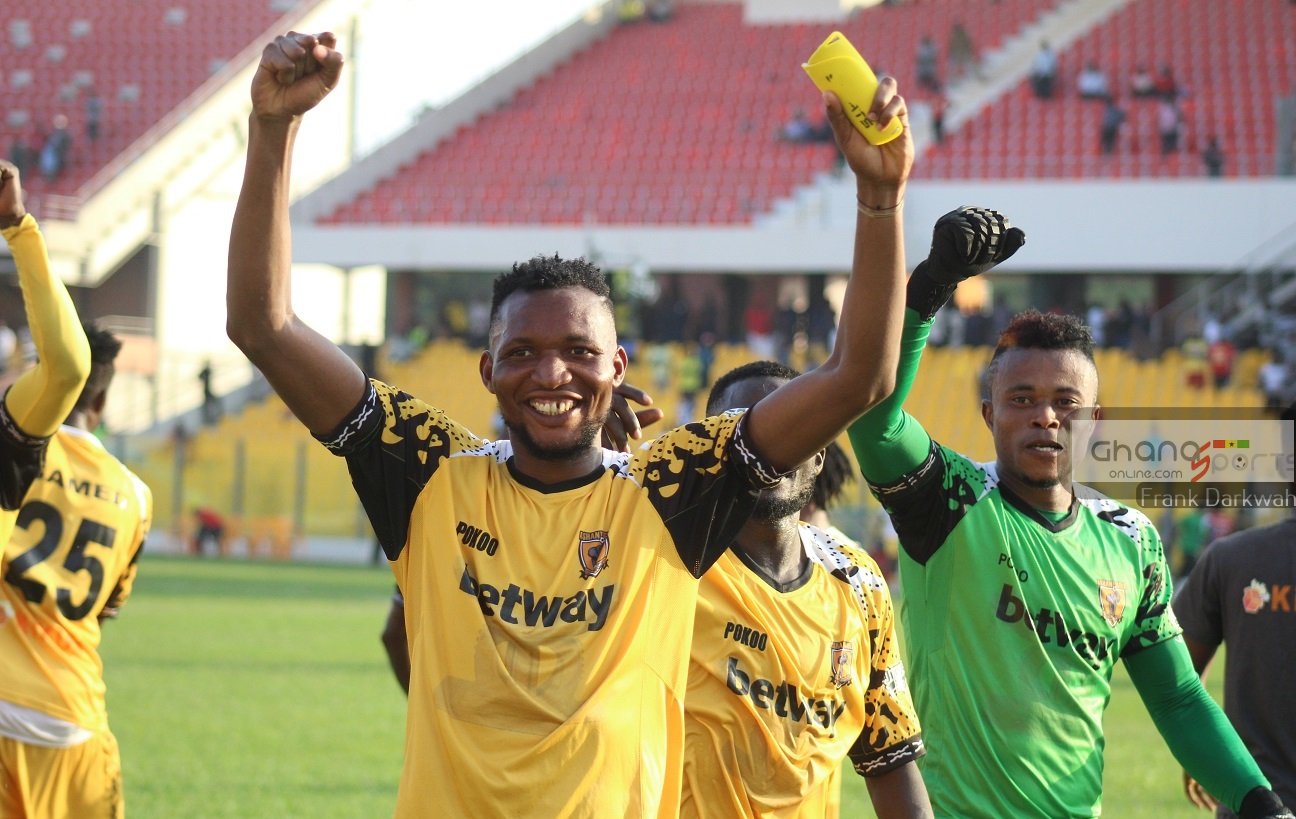 Ghana Premier League side Ashanti Gold SC want $20,000 for the services of their skipper Latif Anabila in the on-going transfer window.

According to Kumasi based radio station FOX FM, Ashgold have quoted $20,000 for Asante Kotoko's transfer target Latif Anabila despite the player's willingness to play for the Porcupine Warriors.

Anabila has been on the radar of the Reds for the past few seasons following his impressive performances for the Miners.

Kotoko coach Maxwell Konadu wants to augment his squad with the acquisition the Black Stars B midfielder ahead of the second round of the 2019/20 Ghana Premier League.

The former Club African player has vast experience on the local scene and could play a key role for Kotoko this term.

Kotoko are currently 4th on the league table with 25 points after 14 matches played thus far.

Meanwhile, the Ghana Football Association has suspended all its competitions with immediate effect until further notice following the directives given by the President of the Republic due to the outbreak of the coronavirus pandemic.