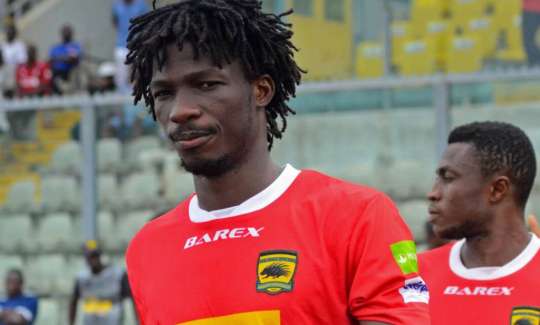 Ashanti Gold SC are on the verge of signing of Asante Kotoko and Burkina Faso striker Songne Yacouba for their 2019/20 Ghana Premier League, according to reports in the local media.

The Miners are locked in talks with Yacouba over a possible switch to the club in the coming days.

According to Light FM, the 28-year-old met with Ashgold's President Dr. Kwaku Frimpong to hold discussions ahead of his move in the second round of the 2019/20 campaign.

His current deal expires in April this year, hence, he will be joining the club on a free transfer.

The Burkinabe has not featured for the club since he demanded for $150,000 before he renews his contract.

He moved to Kotoko in 2108 a two-year deal and has since been a key cog of the team.

He scored two goals and provided five assists for Kotoko during their 2018 CAF Confederation Cup campaign.