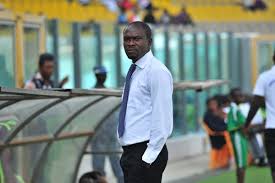 Head coach of Ashantigold, Charles Akunor says the club’s problems can be labeled to the management of the team.

The miners have struggled since winning the Premier League title two seasons ago.

The story has remained unchanged this season with the club in the relegation zone after picking up only three wins in the first round.

However, the former Ghana captain has been brought in to revive the club’s fortunes.

“We have a long way to go and I have identified certain things and not only players, but management must also take the flak for the club’s abysmal performance this first round.”

Ashantigold are out of the MTN FA Cup and will not play this weekend. This will provide them the opportunity to re organize for the second round.