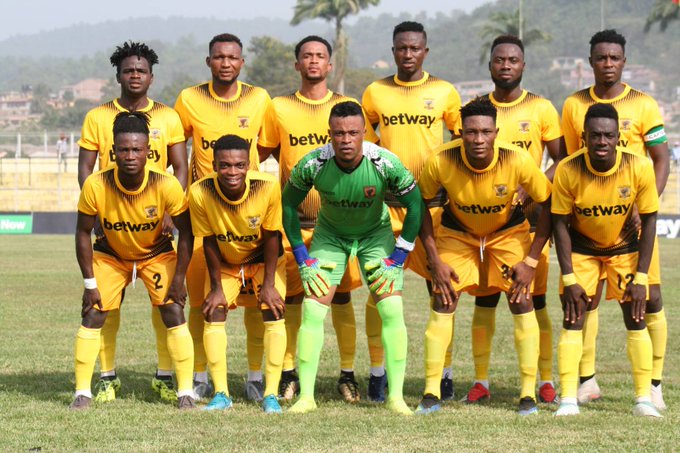 AshGold has opened talks with Abdul Latif Anabila and James Akaminko about renewing their contract at the club.

The Obuasi-based club has offered new deals and a pay rise to keep the duo at the Obuasi Len Clay Stadium.

AshGold is apparently eager to ward off Black Stars 'B' duo suitors, including giants from the Ghana Premier League Hearts of Oak and Asante Kotoko.

Speaking to Oyerepa FM the CEO Emmanuel Frimpong said that his outfit is currently holding talks with the two players over new deals.

"We are already in talks with them (Latif Anabila and James Akaminko) for fresh contract," he said.

''We can't afford to lose them to any local club, so we are holding talks with them with good offer,"

"The squad will be strengthened with new players for our CAF Confederation Cup campaign" he concluded.