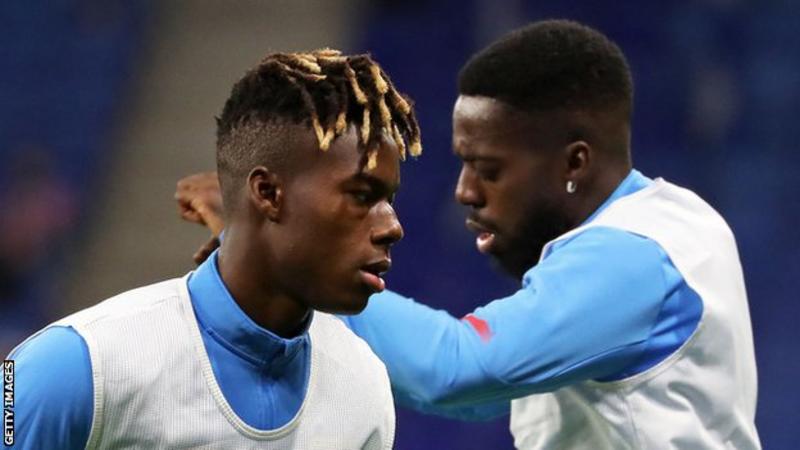 One of La Liga's hottest young talents does not have to look very far to find the perfect role model - his older brother, who also happens to be his teammate.

Nico Williams made his debut for Athletic Club towards the end of last season, and the 19-year-old has since become a regular for the Bilbao team with his speedy and skilful play on the right-wing prompting hopes of a big future.

And as an example of what he could achieve, Williams only needs to turn to his older brother Inaki, who made history in October by playing in his 203rd consecutive league game - an all-time La Liga record that he has since extended to 225 games and counting.

The durability, determination and dedicated professionalism shown by centre-forward Inaki to play in every single league game since April 2016 - an even more remarkable feat considering it included the Covid pandemic and the subsequent congested fixture list - is surely at least partly explained by the inspiration of their parents.

While their mother was pregnant with Inaki, they left their native Ghana and crossed the Sahara desert by foot, eventually landing in Bilbao. Their life in Spain was kickstarted by invaluable support from a social worker called Inaki Mardones, whose kindness was soon repaid by the Williams couple as they named their newborn eldest son in his honour.

Inaki and Nico, born eight years later, spent most of their childhood in Pamplona, a couple of hours east of Bilbao in northern Spain, before being spotted by Athletic Club's famous youth academy in 2012.

It didn't take long for Inaki to progress into the first team, becoming the first black player to ever score for the club before first catching the eye of the wider public with a strong performance and a consolation goal in the 2015 Copa del Rey final defeat to Barcelona.

He has remained a key player for Athletic ever since, and is very nearly the complete centre forward. Blessed with enough pace and power to trouble any defence, he is also skilful on the ball, decent in the air, shows intelligent movement and always helps his team with a relentless work ethic.

The caveat, however, is a significant one. Inaki's big flaw is inconsistent finishing, which has limited him to 72 goals in 326 appearances and prevented him from adding to the solitary Spain cap he received with an international debut against Bosnia and Herzegovina in 2016.

The early indications are that Nico is set for an even brighter future. He has made 33 appearances in all competitions for Athletic this season, also earning a debut for Spain's under-21s, showing an ability to easily beat defenders with a devastating combination of speed and skill.

Inaki was eager to sing Nico's praises during a joint interview they recently conducted with former national team boss Vicente del Bosque in El Pais newspaper, admitting: "Technically I think Nico is more capable than me. He's got a lot of confidence with both feet. I'm still improving my left."

Nico, in turn, credited his brother for that attribute, explaining: "I have to thank Inaki for that because when I was young he always told me to use my left foot a lot and practice with it."

Eight years older than Nico, Inaki supported his brother's development all the way, even regularly turning up to referee his youth games (and earning 10 euros per game pocket money in the process). Nico states that Inaki has been like a father to him, and since they started playing together for Athletic's first team, a few incidents have shown they are more than ordinary teammates. 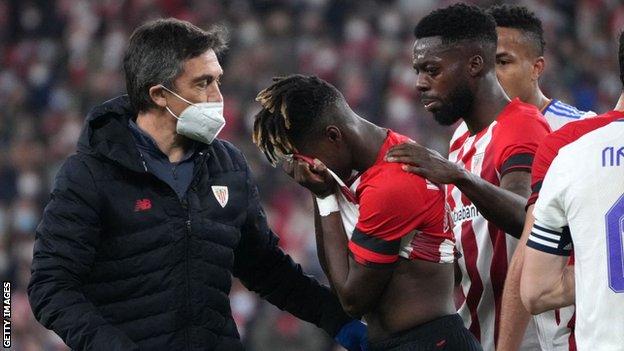 Towards the end of a 3-1 win at Osasuna in January, home striker Chimy Avila took out his frustration about the scoreline by launching into a vicious tackle on Nico as he flew down the wing. The normally non-confrontational Inaki immediately aggressively confronted Avila, showing his 'don't mess with my brother' instincts are very much in place.

A couple of weeks later, after Athletic Club were beaten by Real Madrid in the Spanish Super Cup Final, Nico expressed his disappointment during the post-game presentations by immediately removing the runners-up medal from around his neck. Inaki quickly caught his brother's eye and signalled for him to show more respect and put the medal back on - advice which Nico obediently heeded.

And in February, when Nico was injured during the first leg of the Copa del Rey semi-final against Valencia, which the team subsequently lost, as he left the field in tears he was consoled by comforting words from big brother Inaki.

Inaki has already travelled a long way in his career. And with the guidance of his elder brother, Nico could go even further.