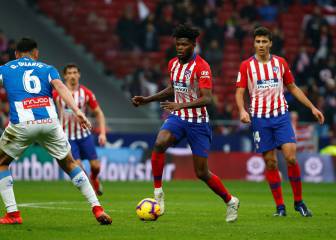 Spanish giants Atlético Madrid are set to double the buy-out clause of Ghana international Thomas Partey after an impressive start to the season.

Accroding to reports in Spain, the Los Rojiblancos are working to improve his buy-out clause which has just €50m while his salary is at the least among his teammates.

The club and player have started negotiations and the idea is to increase Partey's buy-out to three figures and hand him a pay rise that will put him in line with the rest of the first team squad.

The 26-year-old renewed his contract with Atlético last year, signing an extension to 2023.

He has been of the key players for Diego Simeone's side following the departure of Rodri, who joined Manchester City in the summer.

He was linked with a move to both Arsenal and Manchester United but the club was adamant that he wouldn't be sold.

Atleti hope Partey will sing a new contract signs by the end of the year to fend off interests from other clubs.