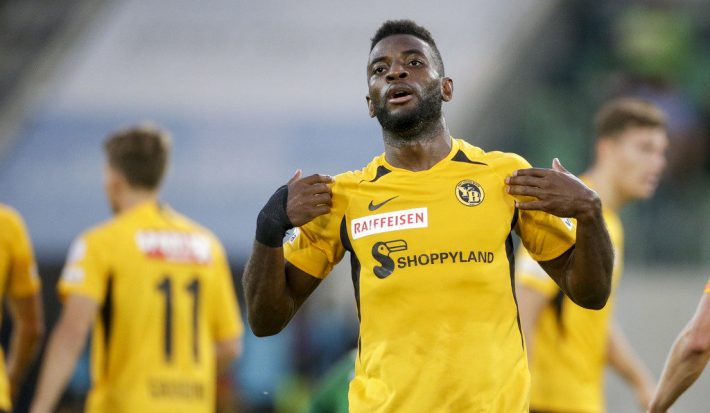 Jean Pierre Nsame is keeping the dream of Young Boys Berne alive. He scored the lone goal for Young Boys on Sunday July 26, 2020, against Luzern in matchday 34 of the competition. That was his 30th goal of this season. Nsame opened scores at the 72nd minute and Young Boys maintained the lead till full time recording the second one-nil win this week again thanks to Jean-Pierre Nsamé. That alone was enough to secure the three points of the day. Nsame has scored 30 League goals in 30 games this season, extending his scoring run to five consecutive games.

His goal last Sunday means he breaks Samuel Eto'o's record of 29 goals in a single season which is a record for a Cameroonian in a European top-flight Championship set in the 2008-2009 season in Barcelona. At the end of the 2019-2020 season, the Young Boys forward will become the first Cameroonian to win the golden boot in back-to-back seasons in a European top-flight Championship.

With already 30 goals in his account Jean Pierre Nsame stands a chance of ending the season as the best scorer like in the previous season. This implies that that the Indomitable Lion will become the only Cameroonian player in history to have finished as the best scorer in a European championship at the end of two consecutive seasons.

Young Boys have accumulated 70 points so far, and are five points clear of second-placed Saint Gallen. They face FC Sion on Friday before a title clash against St. Gallen in a week. Nsame has been playing with the Youngs Boys for three years. He also played in France in Amiens and Angers. And this summer, the big stables are in its ranks. In the meantime, Jean Pierre Nsame, 27, is keen to end the season well in Switzerland with a title of champion insight. The defending champions are bent on retaining their title this season.