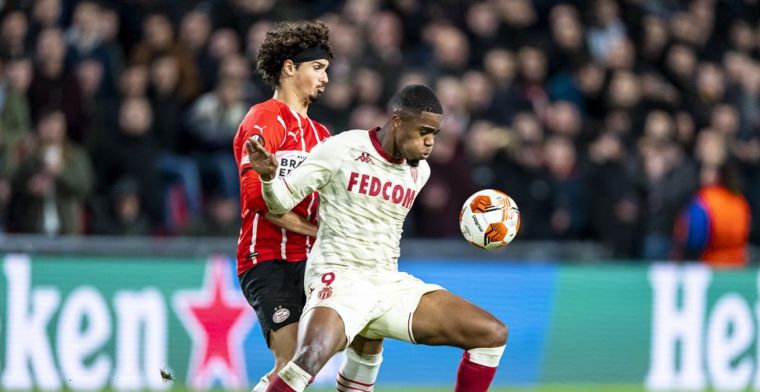 Dutch-forward Myron Boadu has expressed his excitement after scoring his first goal for AS Monaco in the team’s win against PSV in the Uefa Europa League.

The player who is of Ghanaian descent had been on the receiving end of harsh criticism over lack of trying which many believed stopped him from finding the back of the net.

In midweek, the forward reminded everyone that he has got a lot of quality during the game against PSV.

Not only did he score but he also glittered with his performance to inspire AS Monaco to record a 2-1 win.

Speaking to ESPN after the game, Myron Boadu shared his delight and answered in the affirmative that it will be a confidence booster for him going forward.

“I always score in the top players, I think. PSV is a very good opponent, but I think I've already scored three times against them. I'm just happy that I scored today, that it's against PSV is just a coincidence,” the striker said.

On whether the goal gives him motivation, Myron Boadu said, "Of course it's tough, but as a footballer you have to challenge yourself. Of course it doesn't happen automatically, I have to work hard and train hard every day and sometimes have luck in competitions. But I have the feeling that I was always close and now I score him happily."

This weekend, the forward is expected to be in action when AS Monaco takes on Montpellier in the French Ligue 1 on Sunday afternoon.