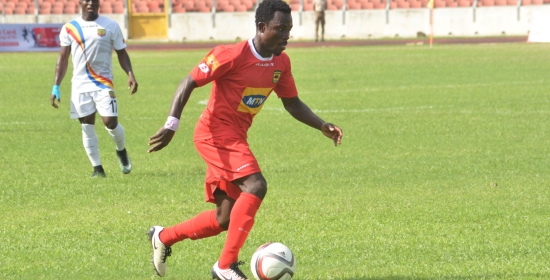 Kumasi Asante Kotoko full-back Augustine Sefa has revealed that it was his uncle who advised him to change his playing position from a midfielder to a right-back.

According to the former Ashanti Gold defender he started his football career as a midfielder who excelled in either a defensive midfiled role or the typical box-to-box role.

Later, he was advised by his Uncle to change his position and become a right-back because of his height.

“I used to play as a defensive midfielder or Box to Box midfielder during my Colts days, but I was advised by my uncle to change my position due to my height', he told Opemsuo FM.

Sefa added, “It was extremely difficult for me to accept what my Uncle told me, but after analysing the situation, I deduced a lot of sense from it to change my position,” Sefa concluded.

The experienced defender remains a key member of the Asante Kotoko team and is confident of enjoying more playing time when the season resumes.