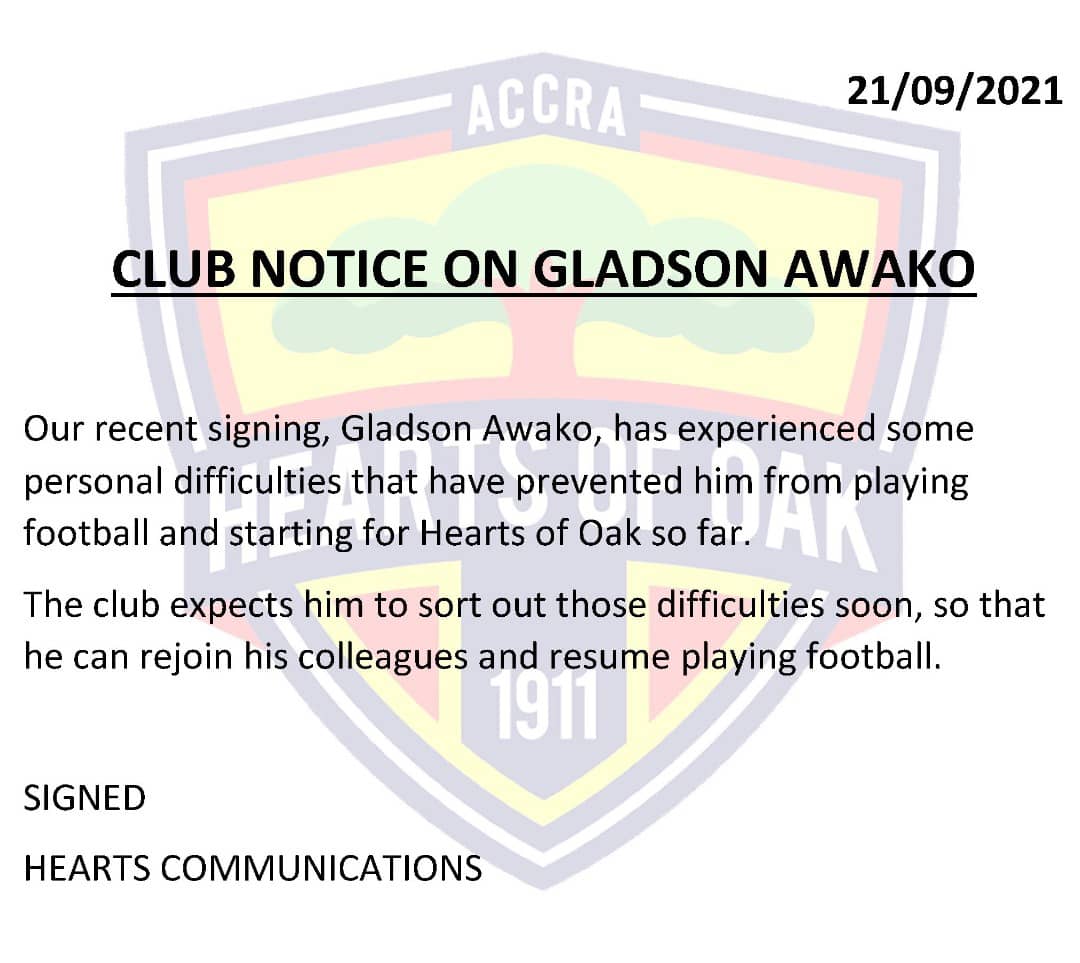 GPL defending champions Hearts of Oak have revealed that Ghanaian midfielder Gladson Awako is going through some personal issues.

The 30-year-old was snapped up from Great Olympics to help the club in their CAF Champions League campaign but is yet to play.

Recently, he left the camp with reports stating that he has an illness. However, the club has stated that he is going through personal issues instead.

Awako featured for the Black Stars earlier this year after a number of years away. He proved to be one of the best players in the league last season with a number of impressive performances.