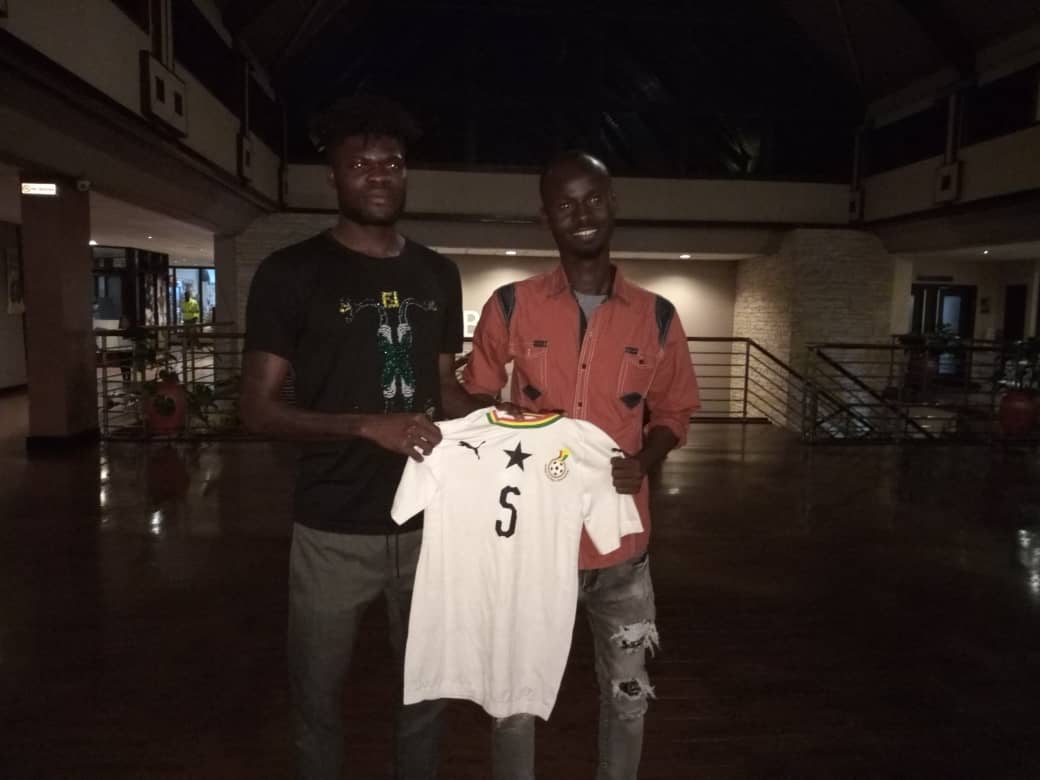 The 25-year old former 400m runner was arrested by Police after he run onto the pitch in the 84th minute of Ghana's 2-0 win against the Bafana Bafana.

He had early explained his reason for the invasion was to meet Partey but ended up in Police custody for two days, which took the intervention of key GFA members for his release.