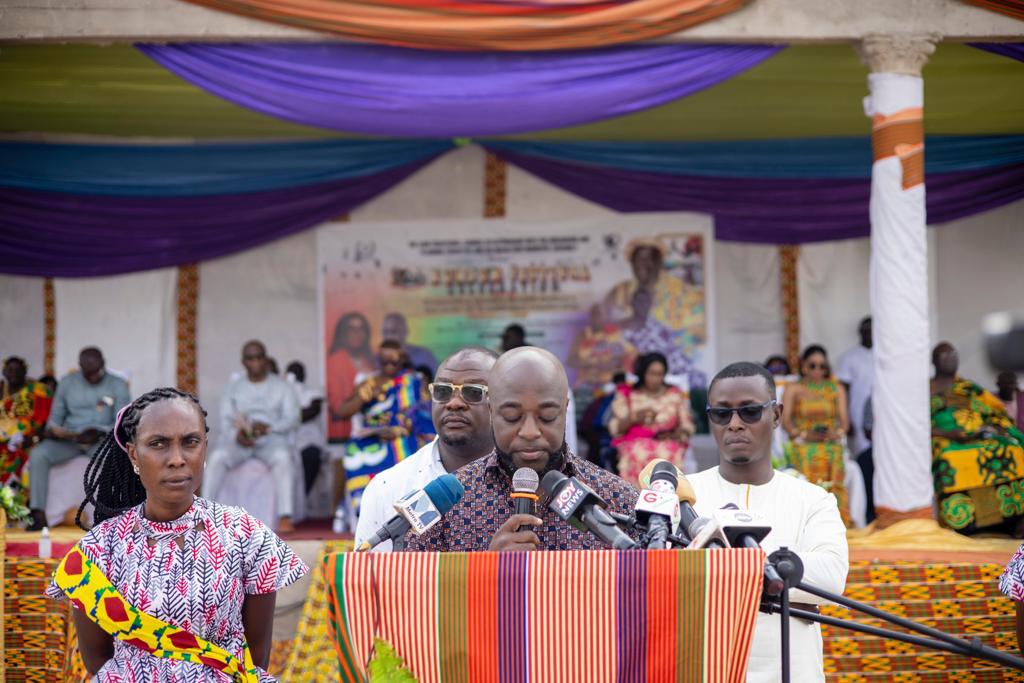 Renowned business magnate who also serves as a board member of the African Club of the century, Dr Kofi Amoa Abban has been honoured by the Axim Traditional Council for his unflappable sponsorship package to augment the commencement of the Axim Government Hospital Theatre renovation in 2017.

According to the Traditional Council, the Theatre at the time Dr Amoa-Abban pledged his support has not undergone any major renovation since 1925.

"Indeed your enormous contribution to promoting the well-being of the Chiefs and the people of Axim is overwhelming and it cannot be repaid in cash or in kind if the demand is made".

Dr Amoa-Abban is also known for uniting Shatta Wale and Stonebwoy after the VGMA brouhaha and has been extending his support to many deprived communities and vulnerable groups across Ghana.

The Kumasi Asante Kotoko board member also gifted the Ashanti Region-based team brand new cars for the technical team after being named as a board member of the club.

"I am grateful to God Almighty for his mercies and protection over us all as my team  and I join the Chiefs and People of Axim Traditional Council to celebrate the annual Kundum Festival and also to commission the Axim Government Hospital Theatre".

"This is my first time witnessing such a memorable event hosted by the Chiefs and People of Axim. Through Awulea and Nana Nkwantabisa, Rigworld established a friendship with the Axim Traditional Council and was invited to celebrate the same occasion in 2017.

"I am excited to once again join the chiefs and people to close the 2022 edition, to commission and handover the finished theater project that Nananom have heralded since 2017.

"Permit me to also use this occasion to praise Nananom of Axim for prioritizing the welfare of their people through the Kundum festival celebration, I will also implore everyone to support Nananom in their efforts to advocate for more development projects that will enhance the quality of life of the people of Axim", he added.

Dr Kofi Amoa Abban was the special guest of honour at this year's Kundum festival.