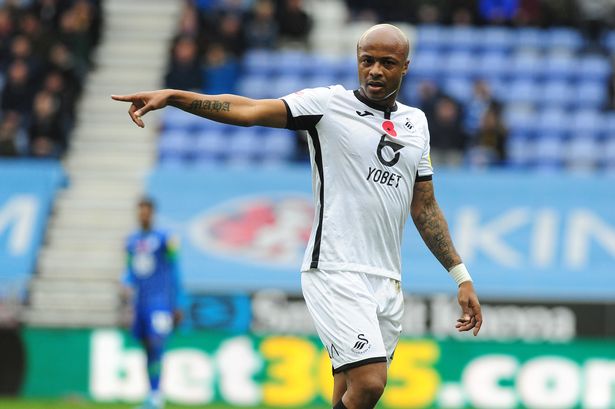 Andre Ayew enjoyed one of the best seasons of his career in the 2019/20 campaign, scoring 16 goals and providing seven assists, although it was not enough to guide Swansea City back into the Premier League.

The 30-year-old has picked up where he left off last term in the 2020/21 season and is leading the Swans’ charge in the Championship.

Steve Cooper’s men are on course to compete not only for promotion, but also the title in the second tier. The Swans are backed in the Championship odds from Paddy Power at 13/1 to win the crown, although they have a better price of 3/1 to reach the Premier League next term by finishing in the top two or via the playoffs.

Ayew holds the key for them throughout the campaign due to the limited talent elsewhere in the squad. The Ghanaian was nothing short of outstanding last year in his first taste of Championship football.

At the age of 29 and having already enjoyed an excellent career it would have been easy for the forward to coast on his past achievements. However, Ayew has taken his game to a new level, displaying a great work rate and clinical edge in the final third.

He almost carried a young team back to the Premier League, although they were to fall short in the playoffs against Brentford. Ayew did put his team ahead in the first leg before they were blown away by a more talented side in the return leg on the road.

Now at the age of 30, Ayew has not rested on his laurels to keep his team on course for a promotion challenge. After 16 games, he scored seven goals in the Championship, along with two assists.

The standard of his performances have been made all the more impressive considering that this season he has been operating on his own in the final third.

Rhian Brewster eased the burden in the last campaign with important goals following his loan move from Liverpool. However, without Brewster this term, all the pressure has fallen on Ayew in front of goal.

As long as Ayew remains potent in the final third then Swansea will remain on course to compete for a place in the Premier League. The Swans conceded only 10 goals after 17 matches in the Championship, highlighting their strength at the back.

Ayew has never scored more than 20 goals in a season, but he might have to breach the mark for the first time to return to the Premier League. Jamal Lowe is not an out-and-out striker, while youngster Viktor Gyökeres failed to score in his opening 10 games.

Unless something dramatic changes in January with the opening of the transfer window, Ayew will be fighting a solo battle up front to drag the Welsh outfit into the top flight. He has the talent and has been displaying the consistency, but it has to hold up for the rest of the season.