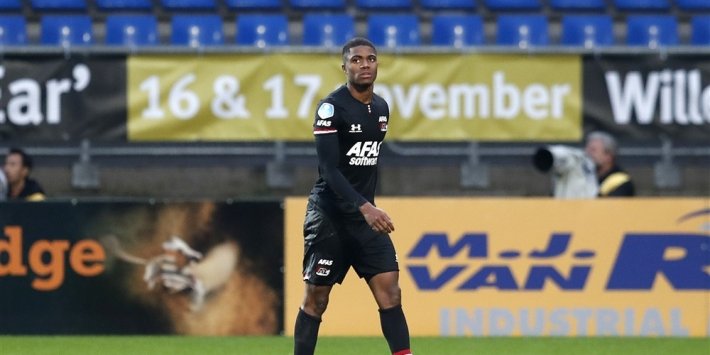 Ghanaian youngster Myron Boadu was left disappointed after he was shown a red in AZ Alkmaar's  1-1 draw against Willem II on Sunday in the Dutch Eredivisie.

Boadu was  sent-off shown in the final minute of the game after picking up two yellow cards, the first in the 84th minute.

"The first is pure emotion, the second pure frustration because I don't score just before that," Boadu told FOX Sports.

"They are stupid yellow cards, I am leaving the team down", acknowledges the AZ talent. "With that second yellow card, the Willem II guy (Pol Llonch, ed.) Gives me a push. I gave a push back, only Higler saw that."

But he has denied reports that he is hotheaded.

"I am certainly not a hothead. I have amazed quite a few people, I think. I do not recognize this in myself. This is necessary, I regret it," he said.