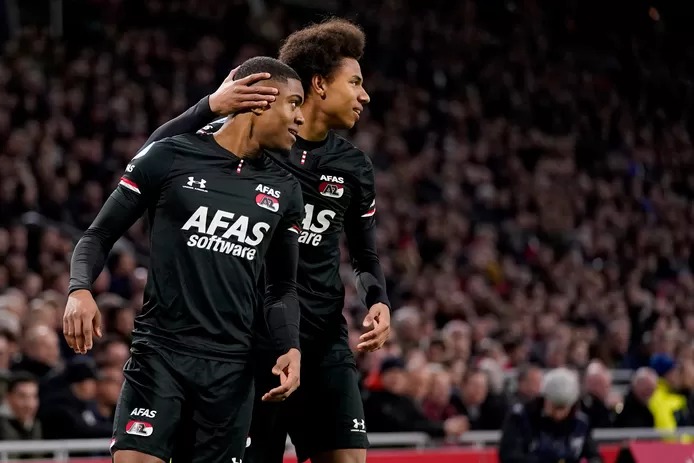 The Dutch-striker who is of Ghanaian descent was in explosive form during the 2019/2020 season before it, unfortunately, had to be canceled as a result of the Coronavirus pandemic.

In that season, the 20-year-old scored 14 goals and provided eight assists after featuring in 24 matches for AZ Alkmaar.

This season, he has not been that potent in front of goal having only found the back of the net four times in 14 matches.

While many continue to cast doubt over his abilities, Myron Boadu’s teammate Calvin Stengs says he expects him to bang in the goals as the season progresses.

“I expect that he will score a lot this season. If anyone has no doubts about that, it is indeed Boadu himself.

“Last season I also didn't score a series of matches for the away match against Ajax. Then the outside world had also been busy for a while and then I scored that goal in the Arena. I just know it will come again,” Stengs said in an interview.

Boadu has remained focused and hopes to help AZ Alkmaar with more goal contributions before the season ends.