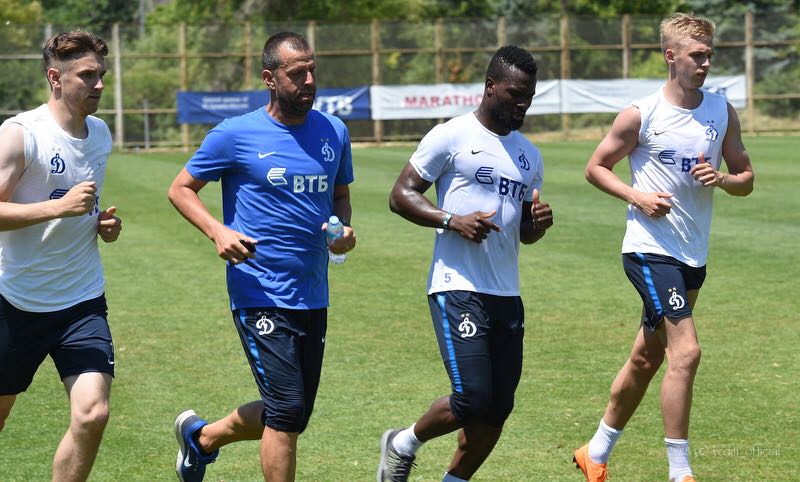 Ghanaian International, Aziz Tetteh has been included in Dynamo Mosco’s team currently in Austria holding their pre-season training tour ahead of the 2019/2020 league season.

The midfield enforcer was instrumental for the Russian club last season where he helped them finish 8th on the league table to ensure they feature in the top-flight next season.

After going on a short break following the climax of the past season, the formal Liberty Professionals player teamed up with his colleagues at their camping base in Austria where they are currently holding their pre-season tour.

The team is expected to stay in the country for the next couple of weeks and have lined up some friendly matches to test their fitness level in anticipation of what will be a tough season for them.

Last season, Aziz made 25 league appearance for Dynamo Moscow and managed to find the back of the net just once. It is a tally he has emphasized that he is hoping to better when the new season comes around.

The Ghanaian export will be key for the Russian side in midfield when they start the new season.