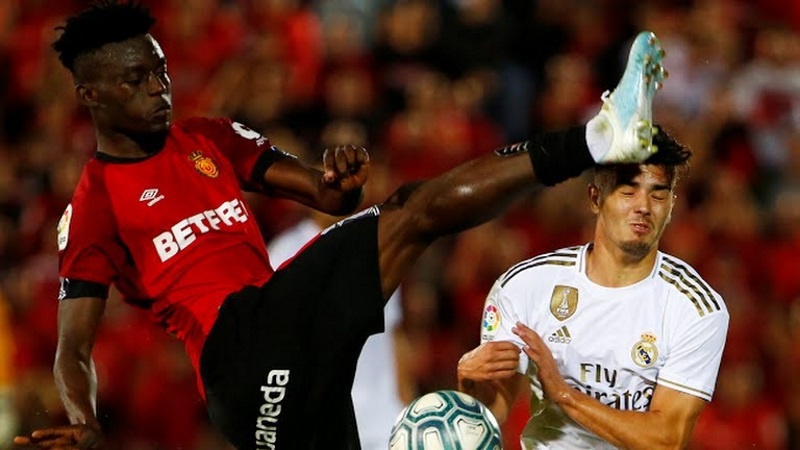 Ghanaian International Iddrisu Baba was in action this evening when RCD Mallorca suffered a 2-0 defeat at the hands of Real Madrid.

The midfielder who has featured for his team in the last 2 games was handed a starting role at the Alfredo di Stefano Stadium today in hopes of continuing his form.

Baba helped RCD Mallorca to stay compact for the most parts of the first half but an equalizer from Vinicius Jnr on the 19th minute after he was set-up by Luca Modric sent Real Madrid into the break with the lead.

Real Madrid returned from the break as an even better side as they dictated the pace of the game, forcing RCD Mallorca to chase shadows.

On the 56th minute, the Los Blancos doubled their lead courtesy a sumpteous free kick taken by captain and center-back Sergio Ramos.

Despite coming in strong, RCD Mallorca have been forced to succumb to a 2-0 defeat and risks being relegated if they do not pick up crucial points from the remaining matches of the season.

Ghana's Baba Iddrisu lasted 83 minutes of the encounter before his place was taken by Romero. This season, the Black Stars asset has featured in 29 games but is yet to score or provide an assist.