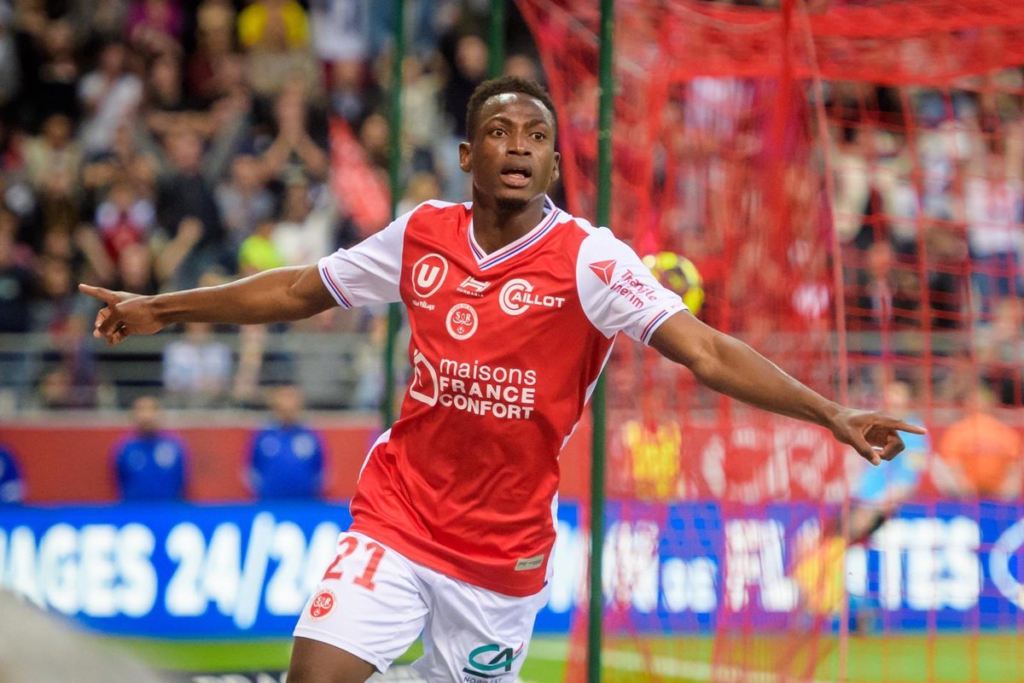 It is amusing to think that by the end of Tuesday, the once highly rated Baba Rahman could be in no man’s land.

His loan move with Mallorca expires on June 30th and although he has a year left on his Chelsea contract, the Ghana left back doesn’t seem to be in Lampard’s plans.

Especially after various reports suggested that Chelsea will be in the market for a new left back this summer.

Last season, Rahman was deemed to be behind the pecking order; Alonso and Emerson and as a result was loaned to newly promoted Spanish side Mallorca.

However, his performances in the Balearic Islands of Eastern Spain didn’t raise the eyebrows of many, leaving his Chelsea future in doubt.

But how did Rahman move from a player coveted by so many top European clubs to an island where he is wanted by none?

The making of Rahman

A boy from Tamale with a dream, Rahman’s rise to prominence was rather rapid.

By 17, he had already starred for Dreams FC who were in the second division and caught the eye of giants Asante Kotoko.

Rahman’s exploits at the domestic scene attracted interest from top European clubs such as Arsenal, Manchester City and Parma.

Germany would be his next destination as the left back chose to play for newly promoted Greuther Fürth in the 2. Bundesliga.

“Greuther Fürth offered the best conditions in which to develop my career.”

Baba Rahman on why he chose Greuther Fürth

At that point, playing with a lower level European club was the ideal decision for Rahman.

A decision that paid off because Rahman would go on to become a household name in Bundesliga. 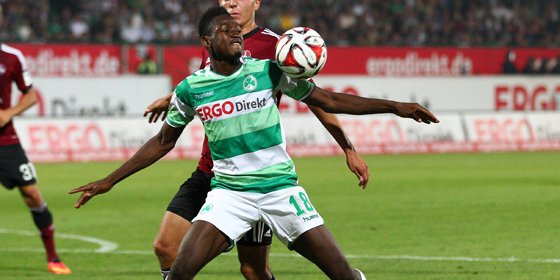 44 matches later, the Ghanaian left-back would leave Greuther Fürth. However, he saved his best for last scoring two goals in a 5-1 victory over FC Nürnberg in the Historisches Franken Derby.

That performance earned him a move to Bundesliga side Augsburg just 24 hours later.

At Augsburg, Rahman started to enjoy the spotlight after impressive performances against some of the best sides in Germany.

Augsburg finished fifth in the 2014/15 season and Rahman was very key to that feat.

The left back was one of the first names in the starting XI, starting 31 of the 34 games that season. 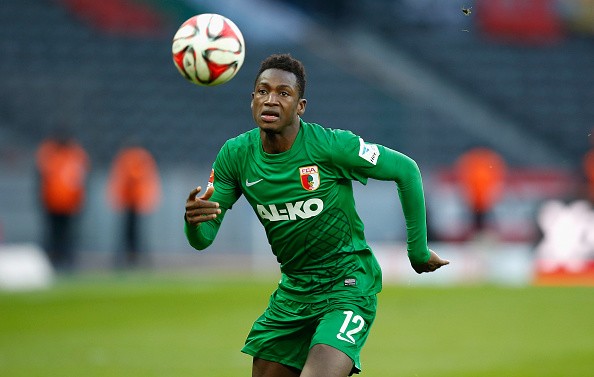 Rahman epitomised the ‘perfect’ full back who looked like he had combined the attacking traits of a modern full back with the old school defending of a classic defender.

Going forward, he made 5 assists and averaged 1.4 dribbles per game.

He made 108 tackles, more than any other player in the Bundesliga that season. Whilst averaging 2.9 interceptions, 3.5 clearances, 0.5 shot blocks and 4.8 tackles per match. 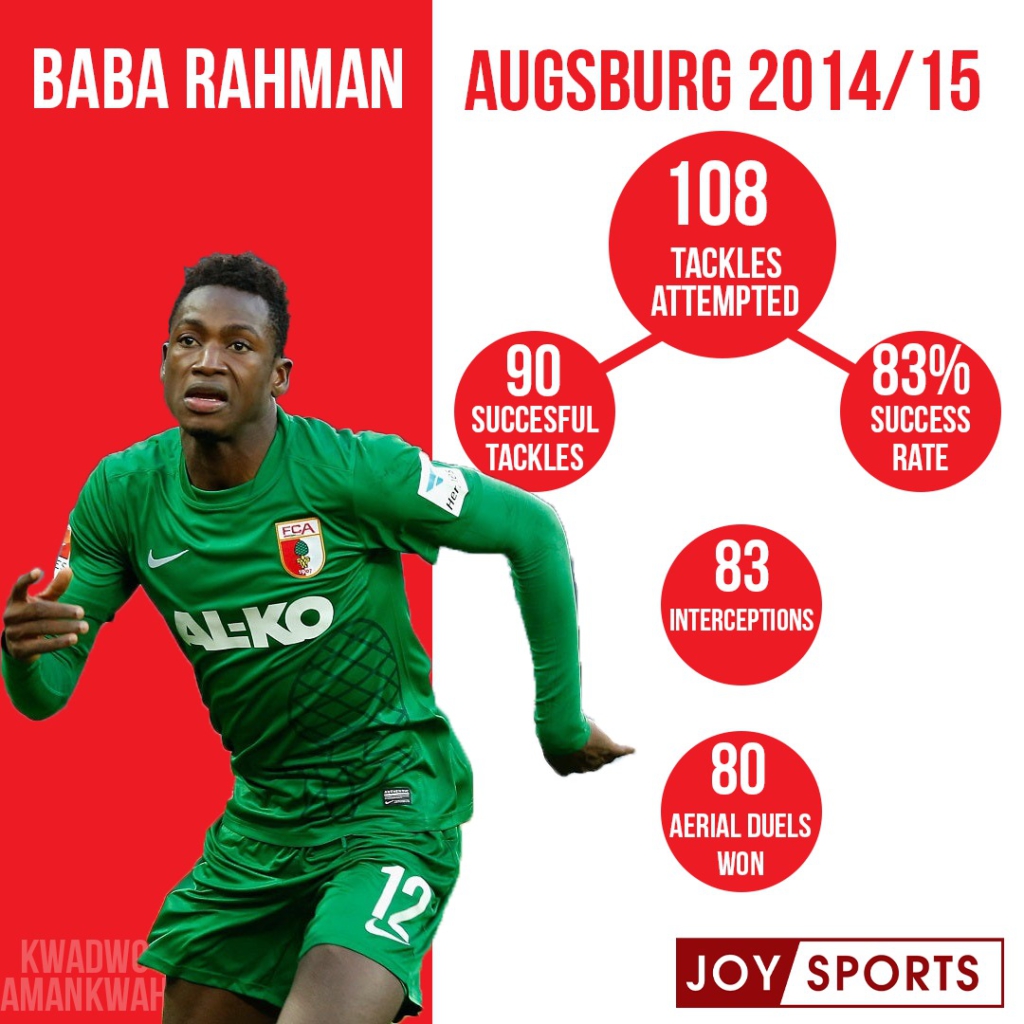 It came as no surprise when the Ghanaian was ranked as the sixth best player in the German Bundesliga based on his Bundesliga player index.

The stage was set, it was time for another move after truly becoming a household name in the Bundesliga.

The time felt right, the environment absolutely conducive as Chelsea were enjoying the hangover of their title triumph the previous season.

It was never going to be easy defending a Premier League title, but for Rahman, the prospect of playing in a new league under a new coach was one he relished.

“I thank all the coaches and fans at Augsburg for their support last year. This is a chance to play at a top club in England, even if I had actually set myself on a long-term stay in Augsburg a year ago.”

Baba Rahman on his transfer to Chelsea via Chelsea website.

The transition was meant to be smooth as the Ghanaian was supposed to replace Filipe Luis, the Brazilian who returned to Atletico Madrid prior to the start of the season.

However, Rahman found himself in the middle of an upheaval in West London as Mourinho’s men just couldn’t put themselves together.

Rahman was getting some game time, but standing out when the entire team seems to be down proved to be a herculean task for the Ghanaian. 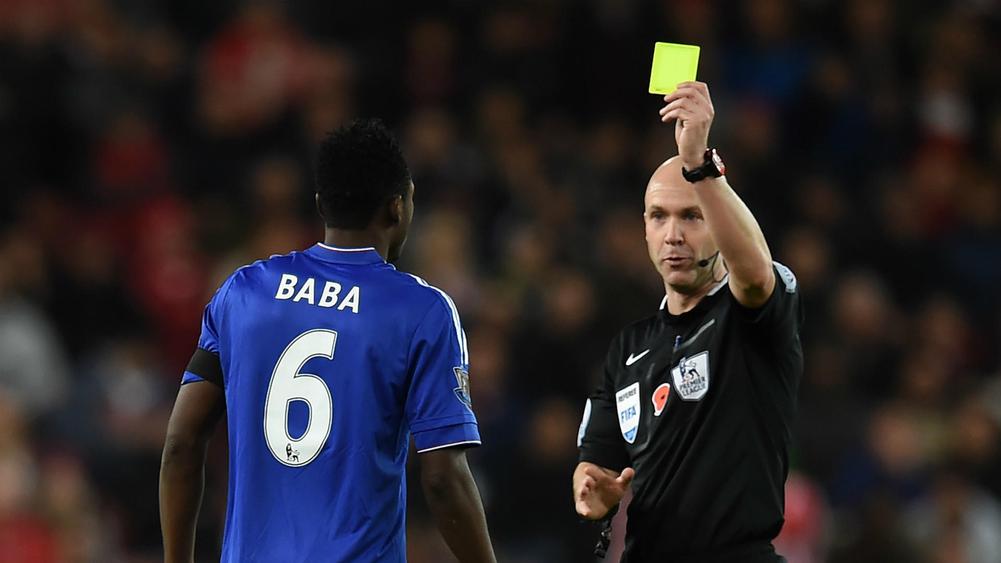 The climax of his troubles with the Blues came during an away trip to the St Mary’s when a mistake by Rahman allowed Long to score before half time.

Rahman was substituted during the break as a result and despite starting seven games in the last stretch of the season, his performances weren’t enough to secure his place in the squad for the following season.

Antonio Conte was appointed as the new manager of Chelsea the next season and according to Rahman, the Italian advised him to leave on loan because he preferred more defensive players than him.

A decision which appeared contradictory with the benefit of hindsight because Conte would later switch to a 3-4-3 system which would not require so much defensive duties from the wing backs.

Since 2016, Rahman hasn’t put on put on a Chelsea shirt although he is still under contract. His absence can be mitigated to the lack of consistency in any of his loan spells.

He’s made a total of 40 appearances for FC Schalke 04, Stade Reims and RCD Mallorca during these loan spells. 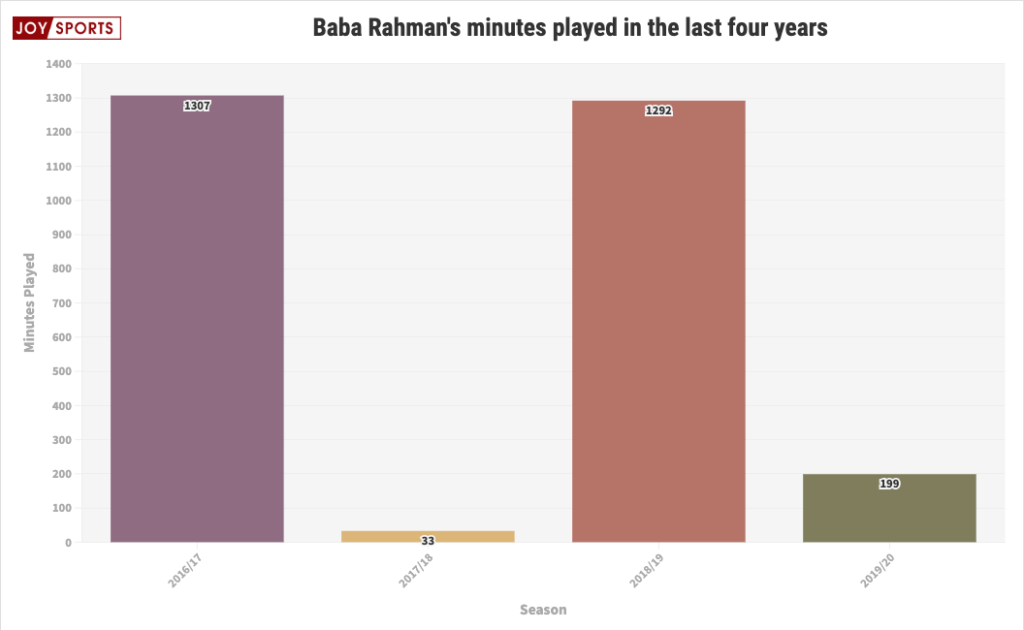 That’s an average of 10 appearances per season. Breaking this down further reveals that Rahman played just 2,831 minutes during his time away from Chelsea.

To simplify his involvement, if his total minutes of 2,831 minutes were attributed to full 90 minute games, Rahman would have started just 31.5 games in four years.

The main hindrance for the Chelsea left back has been fitness.

It all started with that bad knee injury he suffered with Ghana at the 2017 Africa Cup of Nations.

An injury which got worse over time and forced Rahman off the pitch for over a year. 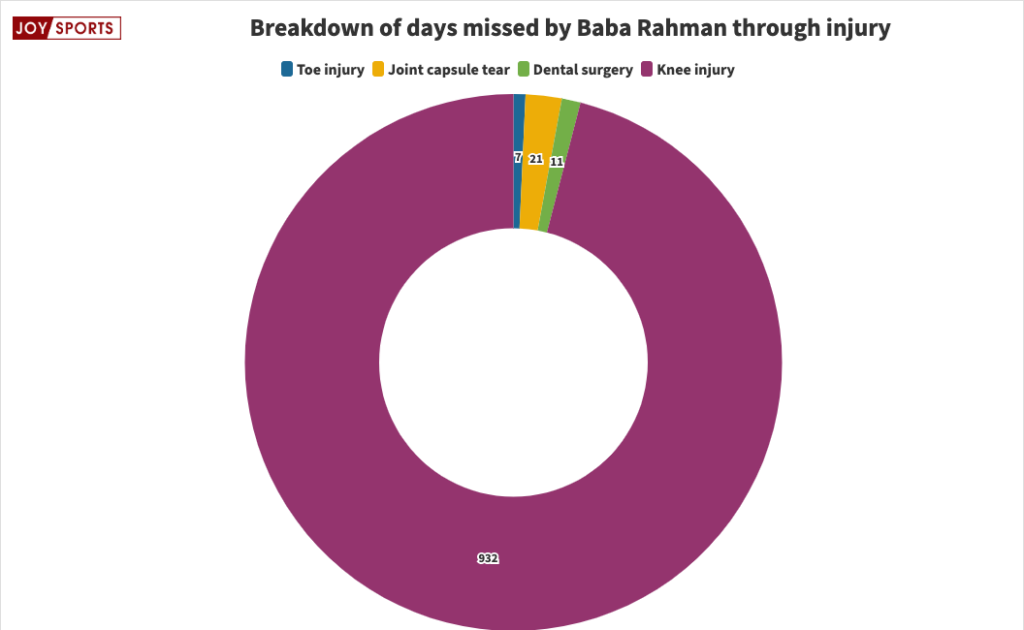 Throughout the 25-year-old’s career, he’s suffered seven injuries, missing a total of 971 days.

Out of the 971 days missed, 932 days were due to the recurrence of Rahman’s knee problems. 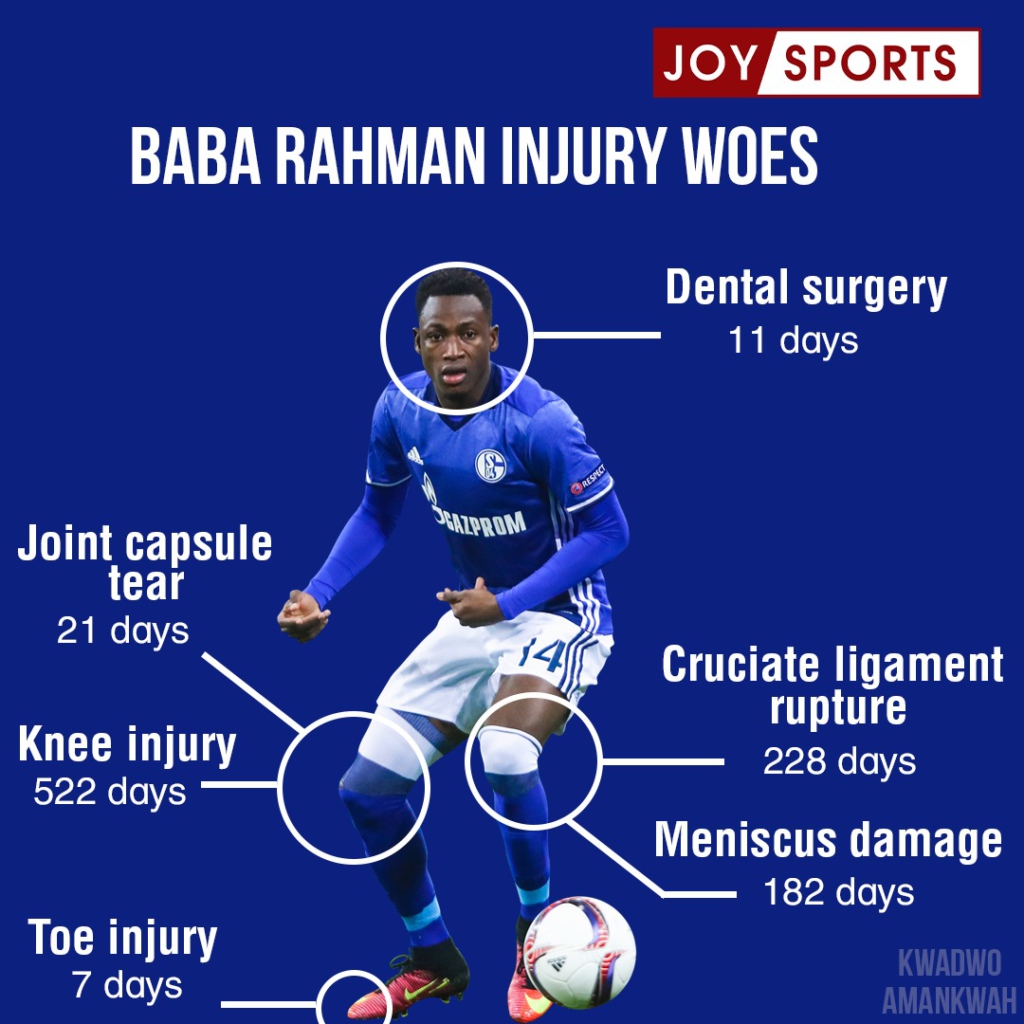 His latest injury was a knee injury sustained against Getafe last year which has prevented him from making any progress with La Liga side RCD Mallorca.

Despite being the side’s highest earner, Rahman has played just two La Liga games and one Copa Del Rey game.

What next for Rahman?

Rahman’s initial loan contract with Mallorca ends by the end of June 30th. However, the Spanish outfit have contacted the Blues for an extension of the deal till the end of the month.

The magnitude of Baba Rahman’s decline can be highlighted by Chelsea’s constant pursuit of a new left back this summer.

Lampard is adamant his side need to strengthen at the left side of defence with Leicester’s Ben Chilwell and Ajax’s Nicolas Tagliafico being prime targets.

Rahman has not popped up in the left-back options for Lampard because the former has not made a case for himself on loan.

Three games with Mallorca this season is not enough to convince any coach to call you back to first team action.

So far, Lampard has demonstrated that he prioritises meritocracy and has awarded the likes of Tammy Abraham, Mason Mount and Reece James with first team action because of their performances whilst on loan.

There is a possibility that Rahman’s Chelsea dream could be realised one day. All it takes is just one good loan spell.

His eye-catching performances with Reims last season where he made 11 appearances for the French side saw him earn a one year contract extension at Chelsea and a loan move to Mallorca.

He ended his stay in France on a high scoring and assisting against French giants PSG as his side beat Tuchel’s men 3-1.

With one year remaining, Rahman needs a good number of games in a league that isn’t so physically demanding.

Perhaps, that could be the psychological boost he needs to be able to overcome his knee problems.

Five years down the line, it is safe to say Baba Rahman’s Chelsea expectations were never matched, let alone exceeded.

However, the upcoming year will be pivotal in what happens next in his career.

Whether the boy from Tamale decides to move on from Chelsea or stay to prove a point, the key factor is that at age 25, he is still young and can reach the heights that were expected of him some time ago.