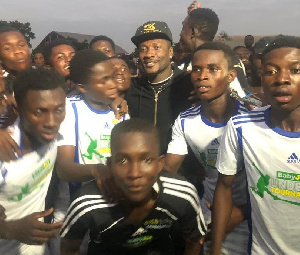 Top European scouts are expected to touch down in Ghana for the second edition of the Baby Jet under-16 competition which commences on Wednesday.

Renowned European agents Sam Hart, Ricardo Joao Cruz and Sebastian Henrique Ramos have been named as three of many agents and scouts who will be witnessing the final at the Asamoah Gyan Sports Centre, Accra Academy.

There will also be ex-footballers and local scouts who will also be looking out for talented youngsters for their respective clubs.

The annual tourney which is in its second edition has offered a huge career opportunity to many of such incredible talents hidden in the cities.