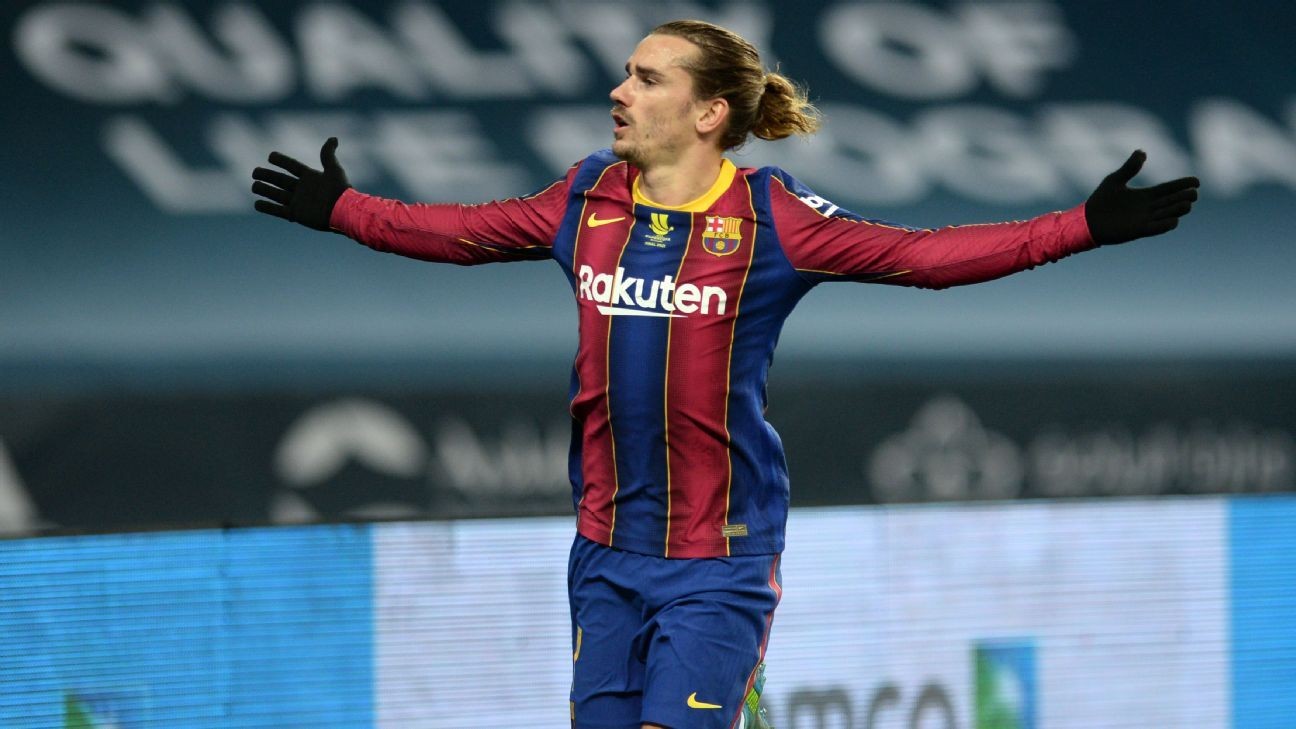 Antoine Griezmann really has no excuse for forgetting his childrens' birthdays. CRISTINA QUICLER/AFP via Getty Images

Barcelona forward Antoine Griezmann is a World Cup winner with France, but he is clearly also a world-class family planner.

Lingard loan has made him Premier League's most instrumental player. No, really

The 30-year-old's wife, Erika Choperena, gave birth to their third child on Thursday, April 8, and Griezmann broke the news to world on social media in a way which, as far as tweets go, was rather formal.

Congratulations poured in for the happy couple and little Alba Griezmann was welcomed into the world, most notably from Griezmann's employers.

However, Alba will have to get used to the idea of sharing their birthday every year because both of Griezmann and Choperena's other two children were also born on the same date.

Antoine Griezmann has become a father for the third time. All of his children were born on the same day:

Their first-born, Mia, was delivered on April 8, 2016. Her father, then playing for Atletico Madrid, announced her arrival with a special goal celebration the following day when he scored in the 3-1 win at Espanyol.

Then, three years later, Amaro joined the family on April 8, 2019. This time, Antoine announced the news by posting an adorable image of the new-born's tiny clenched fist on social media.

Choperena may have gone through her third labour to bring Alba into the world on Thursday, but she still made sure that she wished her other two children a happy birthday.

"Today it has been two and five years since you arrived," she posted on Instagram. "You revolutionised our world to make us grow, learn and be better.

"Mama and Papa couldn't be prouder of what you have made us build."

Griezmann will not have much time to spend with his newest child before switching his attention to his day job, as Barcelona travel to face bitter rivals Real Madrid on the Clasico on Saturday.

A win in the Spanish capital would send Barca top of La Liga, at least until Atletico Madrid play at Real Betis the following day.