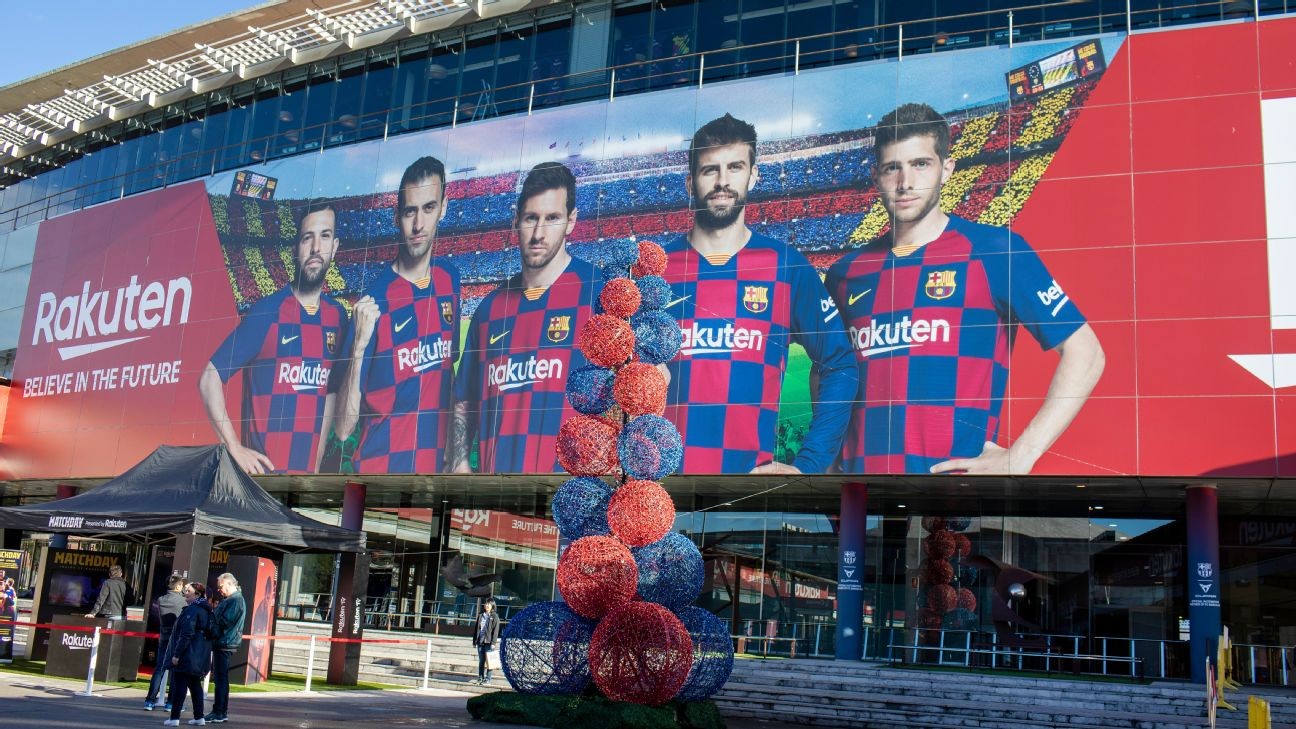 Barcelona's superstar forward gets in on the fun by posting his own toilet paper challenge video on Instagram.

Gab Marcotti analyses the logistical hurdles to Barcelona prying Neymar away from PSG given his price tag.

Shaka Hislop and Steve Nicol clash over Lionel Messi's standing after his UCL showing vs. Chelsea in 2018.

Barcelona have agreed to pay €1 million to secure the first refusal on Sao Paulo's teenage striker Gustavo Maia this summer, the Brazilian club's director of football Alexandre Passaro has confirmed to ESPN.

Barca will have to pay an additional €4m at the end of June to complete the deal for the Brazilain forward.

Maia, 19, was one of a number of players spotted by Barca scouts on a trip to South America last year, sources have told ESPN. Coritiba right-back Yan Couto was also picked out but Manchester City beat Barca to his signature, with the defender set to join the Premier League side this summer.

However, the La Liga leaders have managed to get a deal in place for Maia, who has been training with Sao Paulo's first team since impressing in a youth tournament at the turn of the year but is yet to make his full debut for the club.

He was expected to be handed his debut at Sao Paulo -- where former Barca star Dani Alves now plays -- in the coming weeks, but the suspension of the Brazilian league due to the coronavirus pandemic has delayed his bow.

The versatile attacker, who can play on the left or through the middle, has been capped by Brazil at youth level.

His signing, once confirmed in the summer, will continue Barca's aggressive pursuit of the best young talent from all over the world.

At the end of last year, they announced that they had reached an agreement to sign Las Palmas' Pedro Gonzalez Lopez, better known as Pedri. The deal for the attacking midfielder, 17, is worth an initial €5m but could top €20m if a number of add-ons are fulfilled over time.

Barca also spent €30m in January on Braga forward Francisco Trincao in January, with the Portugal under-21 international set to link up with the club's first team for preseason.

Since his move to Camp Nou was announced, Trincao has scored five goals and set up three more in seven appearances in Portugal's top flight.