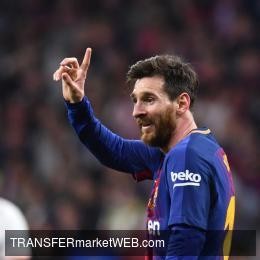 The Argentine forward told Catalunya Radio: “Real Madrid are one of the best teams in the world and they have a great squad but it's evident that the absence of Ronaldo makes them less good and makes Juventus [one of the] clear favourites to win the Champions League.”

Messi added on Ronaldo’s shock departure from the Santiago Bernabeu: “It surprised me. I didn't imagine him leaving Madrid or joining Juventus. There were a lot of teams that wanted him. It surprised me, but he has gone to a very good team.”