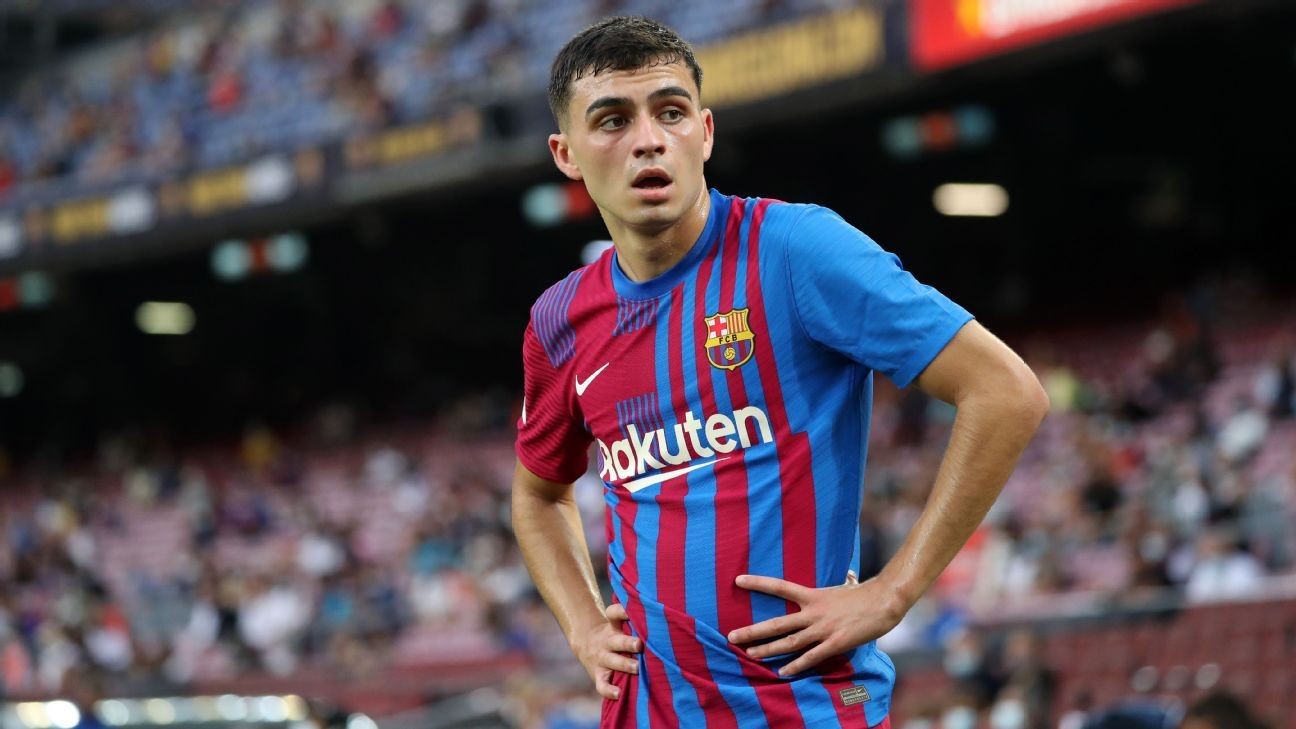 Barcelona teenage midfielder Pedri has signed a new contract through 2026 with a release clause rising to €1 billion ($1.57 billion), the Catalan club have confirmed.

Pedri's previous deal was due to expire at the end of the season, and once the transfer window closed in the summer, Barca made tying him down to new terms a priority.

The Spain international's release clause has more than doubled in the process (it was previously €400 million) to set a new club record.

Antoine Griezmann's contract, signed in 2019, included an €800m buyout option, which was the previous record. Lionel Messi's clause reached €700m during his time at Camp Nou.

Pedri, who will turn 19 in November, has enjoyed a breakout 14 months since joining Barca from Las Palmas in 2020 for an initial fee of around €5m. With add-ons, the deal could potentially be worth €25m to the Canary Islanders.

In his first season at Barcelona, he made 52 appearances for the senior team, becoming a regular in midfield alongside Sergio Busquets and Frenkie de Jong.

His performances also earned him international recognition. Spain coach Luis Enrique called him up for his first cap in March and he went on to be a key player for La Roja at the Euro 2020.

Pedri was also part of the Spain side that travelled to Japan for the Olympic Games, winning a silver medal after an extra-time defeat to Brazil in the final.

As a result, he's among the 30 nominees for the Ballon d'Or this year, the only Barca player on the shortlist, and is also in the running for the Kopa Trophy and the Golden Boy award, prizes for the game's best young player.