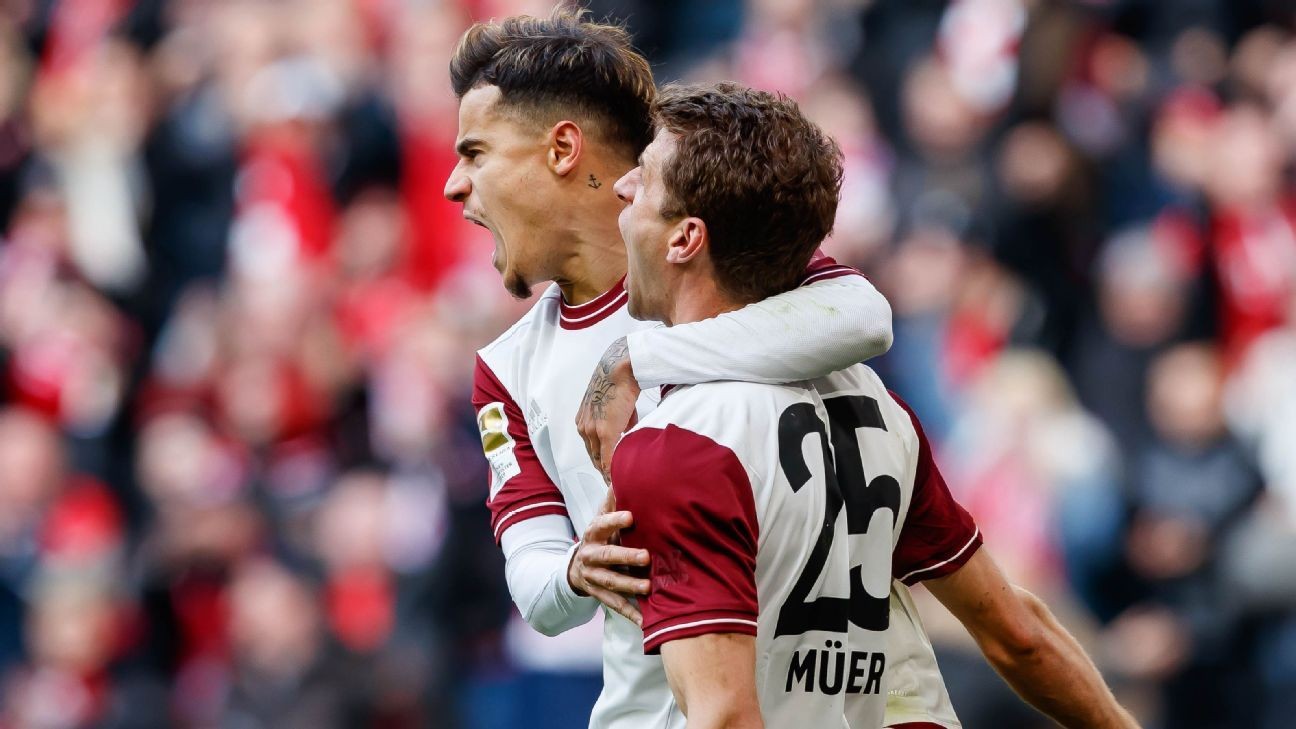 Bayern Munich never really needed to hit top form in their 2-0 victory at home to Augsburg on Sunday as they moved four points clear at the top of the Bundesliga.

The Bavarians were far from impressive, having only one shot on target in the first half, with injured top scorer Robert Lewandowski's efficiency badly missing.

- ESPN+ gets Bundesliga rights from 2020

They had to wait 53 minutes before finally breaking down the disciplined Augsburg defence when Thomas Muller timed his run into the box perfectly to volley in a Jerome Boateng chip.

Thomas Muller opened the scoring for Bayern Munich early in the second half. Getty

Wearing replicas of the first Bayern shirts 120 years ago, to mark the club's birthday, they laboured to add another in the second half with Augsburg keeper Andreas Luthe stopping a point-blank Philippe Coutinho shot and Serge Gnabry scuffing a handful of golden chances.

Augsburg wasted their best opportunities late in the game when Florian Niederlechner's shot was blocked by Manuel Neuer and Alfred Finnbogason headed wide in the 81st.

Bayern's Leon Goretzka then slotted in their second in stoppage time to kill off the game.

Bayern move up to 55 points, four ahead of Borussia Dortmund, who are second after Saturday's 2-1 win at Borussia Moenchengladbach. RB Leipzig are third following a goalless draw at VfL Wolfsburg.