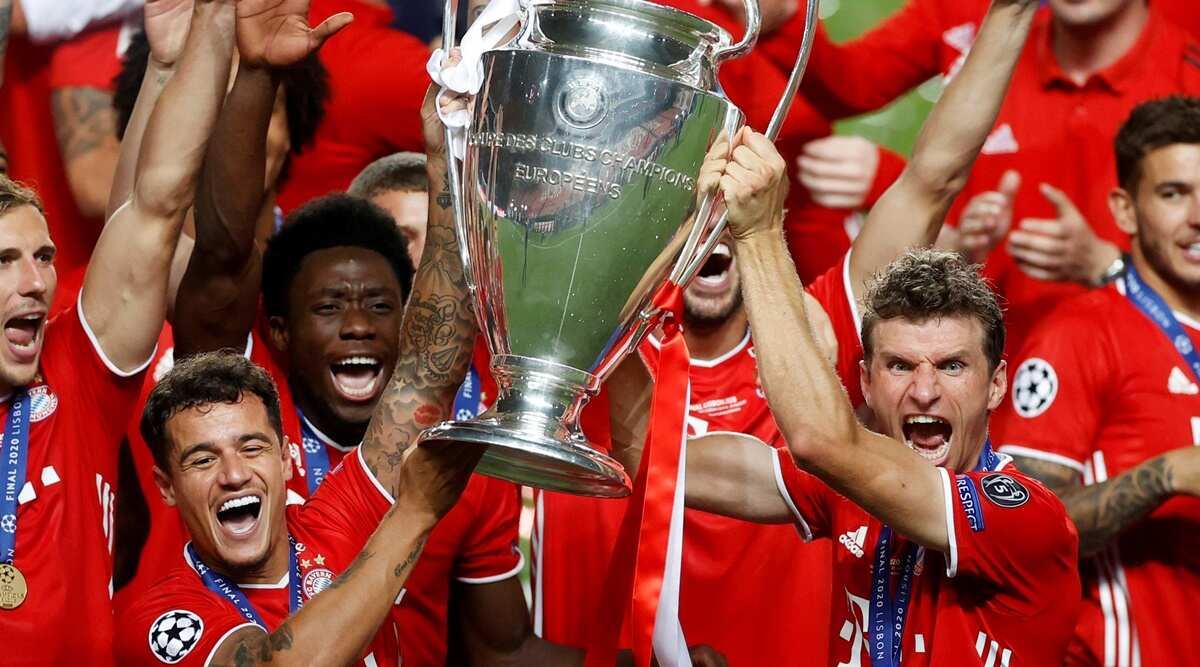 Bayern Munich won the 2019/2020 in style. They won all their matches en route to clinching the trophy! We look at the Bavarian’s route to another historic UCL win that completed yet another treble.

Bayern Munich’s route to clinching the 2019/2020 UEFA Champions League trophy is no doubt incredible. Everything about this team was unbelievably good but it has been a massive turnaround. Following the departure of Frank Ribery and Arjen Robben, there were concerns about whether the remaining Bayern squad would replicate and fill in the gaps left by the two legends.

Initially, Bayern struggled until the managerial shakeup that put Hans Flick in charge. This was the genesis of the amazing football that propelled Bayern to the 6th UEFA Champions League trophy. Let us take a look at Bayern Munich’s route to historic 2019/2020 UCL success.

Bayern Munich were placed in Group B of the 2019/2020 UEFA Champions League alongside Tottenham Hotspur, Crvena Zvezda, and Olympiacos. They kicked off their UEFA Champions League quest at home in September 2019 against Crvena Zvezda and thrashed them 3-0. The next game was away to Tottenham Hotspur where they hammered the London club 7-2 with Gnabry scoring four goals. This is nearly the same scoreline that catapulted Bayern to the semi-finals of the UCL. By the end of the entire group stage matches, Bayern Munich had won all of them and comfortably led the group. They scored a total of 24 goals and conceded just 5 goals!

The Round of 16 Test

In the knockout stage of the UEFA Champions League, Bayern was paired with Chelsea. The first leg of the competition was played at Stamford Bridge where the Germans made light work of the game. They beat Chelsea 3-0 thanks to Gnabry’s brace and Robert Lewandowski’s goal. The second leg of the competition was to take place in February 2020 but the Coronavirus pandemic led to the immediate postponement of the remainder UEFA Champions League matches. This postponement affected the second leg match between Bayern and Chelsea. After 6 months, the competition returned and Bayern hosted Chelsea at Allianz Arena. Again, Chelsea was humiliated 4-1 and Bayern were now through to the quarter-finals of the competition. 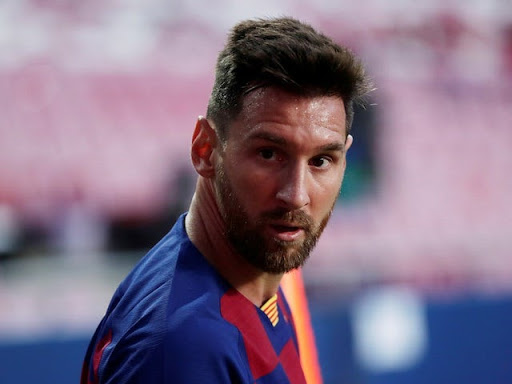 Lionel Messi was involved in the quarter final tie
The quarter-finals will remain as one of the best wins for Bayern Munich in the history of the UEFA Champions League. Not just because of the scoreline after the final whistle but also because of the kind of opponent they overcame. Although Bayern were favorites going into the match, nobody can write off the Messi-led Barcelona. After all, he is regarded as the best player on the planet! But what was the scoreline at the end of the match? So shocking, right?  Barcelona suffered a humiliating 8-2 defeat! Six different Bayern players were on the scoresheet that night. Bayern also had a total of 26 shots with 14 on target against Barcelona’s 5 shots on target. It is a night Barcelona would wish to erase in their minds but no one will forget this humiliation in the near future.

Lyon overcame Juventus and Man City in the knockouts and quarter-finals respectively. However, they were facing a giant. Yes, Bayern Munchen were now favorites to win this one. Whatever game Lyon was going to throw, they knew at the back of their minds that this was a team of runners and goal-eyed players. Lewandowski, Muller, and Gnabry were always a tough forward. Lyon started the match brightly and also struck the woodwork. However, Bayern Munich was not their match and ended up shipping 3 goals without an answer. The two goals from Serge Gnabry and a single goal from Lewandowski were enough to propel them to the finals of the UEFA Champions League.  By now, Gnabry had scored a total of 9 goals while Robert Lewandowski had 15. 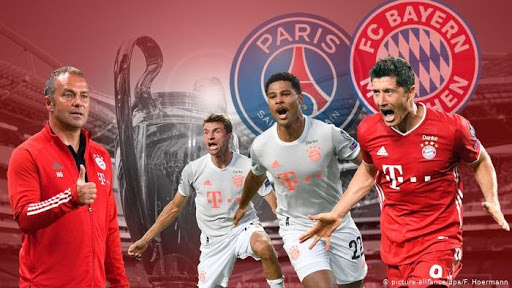 Bayern defeated PSG in the final
After maintaining a 100% win across all UEFA Champions League matches, it was a test of another dimension. PSG paraded its talented squad led by Neymar, Mbappe, and Di Maria. This was a different test for Bayern Munich and even from the final score, you could tell it wasn’t an easy match. PSG squandered several chances early in the game but Bayern continued with their press. Eventually, Kingsley Coman struck home the first and the only goal of the match after 59 minutes of play. Although PSG tried hard with their incredible talent to shake the formidable Bayern, the best team no doubt carried the day. According to scores of football pundits, Bayern’s high line press tactic was the main ingredient in their UEFA Champions League triumph. Lewandowski and Serge Gnabry were instrumental in generating goals with Thiago and Goretska marshaling the midfield and spraying excellent passes.

Most fans would agree that Bayern Munich deserved to win the 2019/2020 UEFA Champions League trophy. It was arguably the best team in Europe as many top guns struggled. Winning all the matches in the competition is easier said than done and it will be difficult for any team to replicate that form. The players and the coach gave it all and the team played unbelievably well. All these factors carved a success story for Bayern Munich in the 2019/2020 UCL.