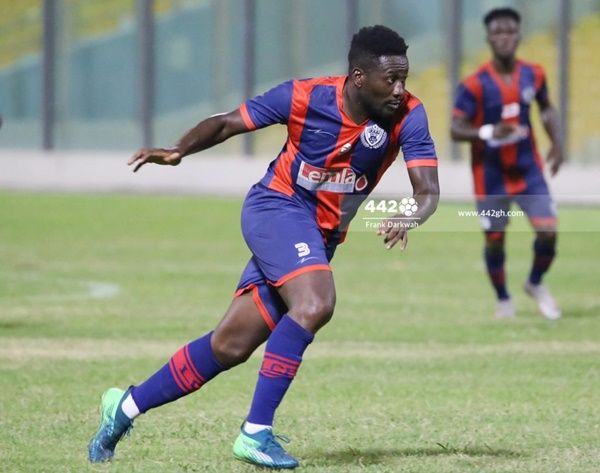 Legon Cities FC striker, Asamoah Gyan has lashed out at fans of Asante Kotoko who booed him during the weekend.

The Black Stars legend on Saturday evening climbed off the bench to feature for the Royals when they hosted the Porcupine Warriors at the Accra Sports Stadium.

During his introduction into the match in the 75th minute, Asamoah Gyan was met with boos from fans believed to be for Asante Kotoko.

Speaking in a post-match interview after the game, the legendary striker took a swipe at the fans who booed him while stressing that they should be grateful he is playing in the Ghana Premier League.

"There is only one Asamoah Gyan and they [fans] know it. They should even be grateful that I am playing in the Ghana Premier League,” he said after the match

Meanwhile, rumours being picked up in the last 24 hours have hinted that it is possible Asamoah Gyan will sever ties with Legon Cities FC at the end of the 2020/2021 football season.