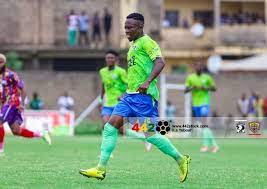 The Hunters beat Aduana Stars in the semi final by 2-0 to cruise to reach the final, while Hearts of Oak were engaged in a five goal thriller by Dreams FC in the other semi final but managed to emerge victors with a 3-2 win to make it to their third consecutive final in the league cup.

The two teams will battle for supremacy when they come face to face in the final on Sunday, June 26, 2022 at the Baba Yara Stadium.

'It's time for me to win a trophy with Bechem United. I have done enough for them. I am sorry Hearts of Oak, we are going to beat them to win the FA Cup," Okrah, who turned Black Stars call-up told Pure FM.

Bechem United last won the FA Cup and their first in the 2015–2016 season after they claimed a 2–1 win over Okwawu United.