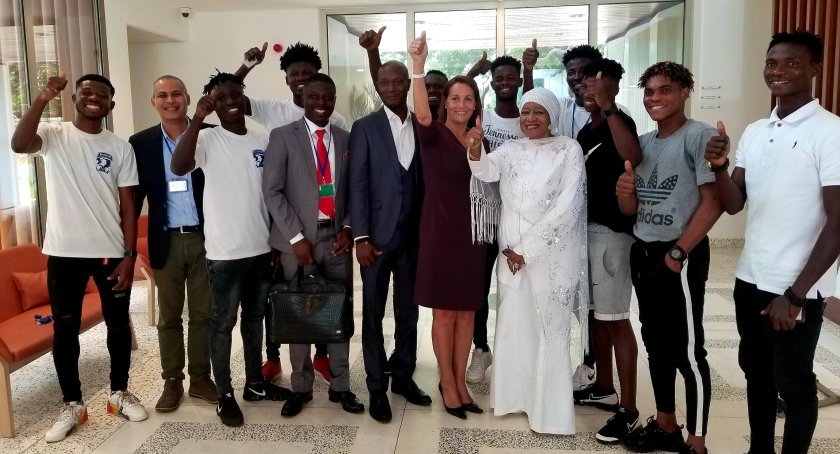 Ghanaian club, Bechem United has joined the Diaspora African Forum (DAF) to extend their appreciation to the French Embassy and Ambassador Anne Sophie Ave for helping them in their mini European tour.

The team and the group recently embarked on a tour to France, Italy, Denmark, and Portugal and were hugely supported by the French Embassy.

At the end of what was a successful tour, Ambassador Erieka Bennett who represented DAF thanked the embassy for the key role they played to see to it that the players enjoyed a successful trip.

The French Ambassador, Anne Sophie Ave who was happy to have helped urged the Bechem United players to take their education seriously while citing that it will come in handy when they end their football careers.

Meanwhile, a total of nine players who excelled on the tour have reportedly attracted interest from some top clubs in Europe who are currently in talks to try and complete their signings.