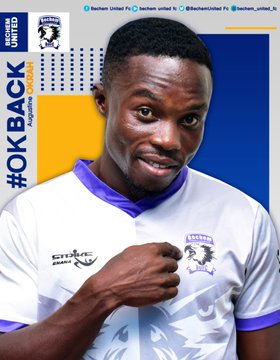 The 28-year-old joins the Hunters on a one-year deal after successful negotiations.

"Bechem United is delighted to confirm the signing of Augustine Okrah."

"The Supercalifragilistic Forward returns to the club on a one-year deal," the club posted on their Twitter handle.

The forward featured for Bechem United in the 2013/14 season where he scored 16 goals.

Okrah made 17 appearances for Asante Kotoko last season where he scored one goal and provided three assists in the process.