No player of Bechem United was injured on Sunday evening after their team bus was involved in an accident in Bekwai.

The team was on their way back to Bechem after their match day 28 game against New Edubiase at the Bekwai Park which they won 1-0.

There were reportedly 27 players and officials on board the bus when the accident occurred.

It is unclear what triggered the accident. 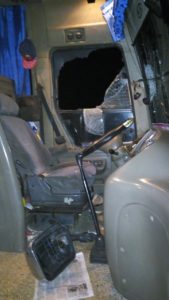