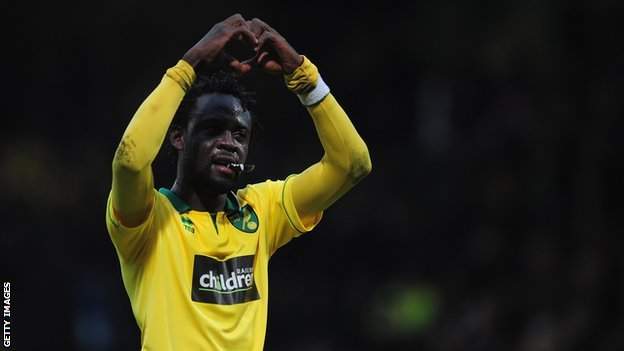 Sierra Leone's US-based striker Kei Kamara, who joined in the protests this week following the death of George Floyd, says his children and their futures inspired him to make a stance.

Widespread protests have taken place across cities in the United States and globally since Floyd, an unarmed black man died after being pinned down by a white police officer.

Kamara, who plays for MLS club Colorado Rapids, says he was moved by the action of his children who joined him at the protests.

"I lay down on the ground for nine minutes and my son actually then just lay down next to me, without me even asking him, and Kendrick is only three," Kamara, 35, told Newsday on the BBC World Service.

"He just decided to lay next to me. And I turned around and I saw him and it just hit me so hard, like 'wow'."

Kamara, who shared his experience of the protests on social media, says the impact of Floyd's death is far-reaching.

"It's different because Floyd's one has definitely woken the whole world - different races, different people from different backgrounds are really standing up with us, the black people, now."

"Being a black man in America, or around the world being a footballer, a soccer player, it's been very difficult," the former Norwich City and Middlesbrough forward said of his experiences with racism.

"It's something that sometimes we try to turn a blind eye to but I'm so, so grateful to every other race that's standing with us now because it's given us a voice."

Kamara has spent much of his career in the United States, where he is now an American citizen, and says protesting was the right thing to do.

"To us, we want to see them reach the highest they can reach without being judged. For me, it's the respect to the people before us, the people that fought for bringing some kind of equality that there is in America at the moment.

"That gave me a chance - an African immigrant - to move into America. People had to fight for that before, and I came here and now I'm an American citizen and I'm living the dream of playing soccer all around the world."

Kamara, who was born in Sierra Leone, went on to make 29 appearances for the west African country. He grew up in Los Angeles where he says he witnessed racism first-hand.

"I wasn't just African, I'm black. When they see you, if there's any kind of trouble, you're the first one. You go into stores, security, whatever, or we go into clubs, we need to be careful. In some places, they won't even let you in."

As MLS clubs and players prepare to return to training following the coronavirus pandemic, Kamara says Floyd's death will inevitably have an impact on the sport moving forward.

"As black players in the league, we're starting to communicate and try to see what are we going to do to really represent the black people, black athletes and black kids across the country because they look up to us.

"It's not a protest that we're looking to do - but it's going to be difficult times because it's not just about sports. It's about the wellbeing of everyone and that's why this one is bigger than sports at the moment.

"I hope we're able to focus and play, but even if we do play, it's not just to say 'this is for Floyd' - this is for the rest of us who want to see a better future."